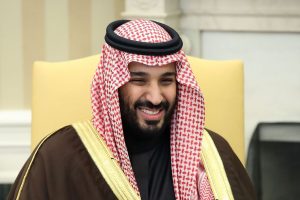 In 2016, Muhammad Bin Salman, the Crown Prince of Saudi Arabia launched a new vision for the Kingdom tagged Vision 2030 which aims at revamping the nation’s economy through diversification of its resources including promotion of tourism and entertainment industry. He noted that the vision would not be attained except by creating a conducive environment for investors and customers.
He identified the grip of the Sharia on the socio –  economic life of the Muslims and as long as the Sharia law is not modified, there would not be any success.
This explains why series of reforms have been introduced, and more will be added. This also explains why Bin Salman has opted for “moderate” Islam to remove the strong influence of the Sharia on the Muslims. He curtailed the power of Religious Police which had been enforcing strict adherence to Sharia.
Major legal reforms will soon take place to weaken the Sharia.
Hadith, the second source of law in Islam is currently being attacked and reviewed to the whims and caprices of Muhammad Bin Salman. Eventually he will end up editing the Qur’an, which has remained sacred and unedited since its revelation about 1454 years ago.
Recently, the use of loudspeaker for _Adhān_ (Call to Prayer) and _Iqāmah_ (commencement of prayer) came under criticism. It must be noted that the use of loudspeaker has been in existence for a long time. Why is its use being attacked now?
The Saudi Minister of Islamic Affairs said that the decision was taken in response to complaints from the public, especially from parents who said the loudspeakers were disturbing their children’s sleep. The law now is that the volume of loudspeakers must not be higher than one third of their capacity.
A time will come when the use of loudspeaker will be banned totally for disturbance. The pertinent question to ask is that when did the Saudi parents discover that their children could no longer sleep because of loudspeaker? Are the children foreigners who are just arriving Saudi Arabia? Were they not born in the country ? Is it not part of their culture to hear _Adhān_ being called? Shouldn’t the parents allow their children be used to the _Adhān_ and adjust their subconsciousness to it?
Rasūlullāh_ , _saaws_ , had instructed that we should order our children, at age seven to start praying _Salāt_ , while they should be disciplined at 10, if they are reluctant to do so. It is also a tradition that _Adhān_ and _Iqāmah_ should be called into a newly born Muslim babe’s ears to intimate them of their duty to worship Allah, including the performance of _Salāt_ .
The new law also states that loudspeaker should not be used during _Iqāmah_ on the basis that the Muslims who heard the _Adhān_ when it was called should not wait to be reminded that the prayer has commenced, as he is supposed to have been in the mosque at that time.
Another aspect of the new law is that Muslims do not need to close their place of business during the time of _Salāt_ on the basis that reference is made to _Salātu’l-Jumu’ah_ only in the Q62:9, and not all _Salawāt.
This law is nothing but antithetical to Islamic interest. Muslims have developed consciousness for _Salāt_ to be performed at its appropriate time. Even non-muslims in such environment are also aware that Muslims will close shops for prayer. Muslim authorities are now telling the Muslim populace to pray at any time that is convenient for them, and not necessarily at its prime time. The implication of that is that Muslims may not be performing _Salāt_ at the best time. Some of them may even delay the performance of _Salāt_ till they close or when they reach home at night. It must be emphasised that  each _Salāt_ has its fixed time (Q4:103).
Muhammad Bin Salman wants Muslims to concentrate on their merchandise, business, buying and selling when they are supposed to be preoccupied with _Dhikrullāh_ , remembrance of Allah, which is greater than any other thing (Q24:37 &  29:45).
We recall that as part of Muhammad Bin Salman’s attempt to make Saudi Arabia more liberal and lessen the role Islam plays in public life, a very big musical festival was organised in the Kingdom, which was on for hours, from noon till day break without any break for _Salāt_ . The youths in their thousands were there watching, dancing and intermingling with the opposite sex, without any regard for _Salāt_ . The Saudi religious authorities came under severe criticism. This new rule appears to be a ploy to justify his recklessness.
Inadvertently, the new law in Saudi Arabia may affect the religious freedom being currently enjoyed by Muslims in some countries whereby they request for time off for the purpose of performing _Salāt_ during office hours. Employers may now decline to give approval on the basis that in Saudi Arabia, the ” home” of Islam, Muslims do not break for _Salāt_ during office hours.
Some other Muslims outside Saudi Arabia who are used to delaying _Salāt_ till they close for the day will now feel justified.
Care must be taken by every reasonable Muslim not to follow Saudi Arabia in this direction because they are heading towards destruction. See Q19:59. The next verse, that is Q19:60 should be our guide.
“We should continue to perform our _Salāt_ at their fixed times and allow _Salāt_ to impact positively on our character and our dealings with the society.”