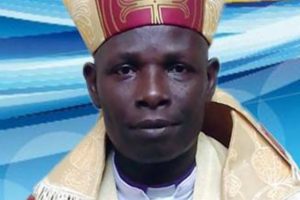 With the appointment, Bishop Adeoye, a former Chairman of Nigeria Union of Journalists (NUJ), Osun State Council will also direct the affairs of the World Federation of Churches (WFC) and World Clergies Congress (WCC) in the state.

The appointment was contained in the letter of appointment dated April 24, 2018 and sent to the cleric by the WBC Nuncio to Africa, Bishop Godspower Akandu.

Bishop Adeoye who was ordained as a pastor 25 years ago and was enthroned as a Bishop in 2016 worked with The Guardian Newspaper for 15 years as a reporter before venturing into publishing of a rested local tabloid known as West Mail Newspaper.

In the new assignment, the clergyman is expected to mobilize gospel ministers and churches and to promote inter and intra religious and community peace, unity, harmony, for development and co-operation, consecrate and ordain international clerics, ministerial licensing, mediation and conflict resolution.

He will involve in the “retraining and re-tooling of ministers and churches, for better services and galvanizing support for the government of the day, while upholding the Christian tenets, in fairness to all concern”.

In his acceptance message, Bishop Adeoye stated that he will be a good ambassador of WBC and use the new office to ensure equality of all people irrespective of their religious denominations and continuously speak for the downtrodden masses in the country. [myad]