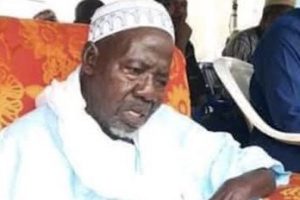 The oldest Islamic cleric and Chief Imam of Ebiraland in Kogi State, Sheikh Musa Galadima Abdullah is dead. He died today, Friday, April 19, in a private hospital in Abuja Abuja after a protracted illness at the age of 98.

Imam was buried also today at his residence in Agasa, Okene with thousands of his disciples and numerous Muslims in and around Ebira land attending his burial.

He is survived by wives, children and many grandchildren.

Kogi state governor, Alhaji Yahaya Bello, has sent a condolence message in which he described the death of Imam Musa Galadima as painful.

In a statement in Lokoja, the state capital, the governor said that the late Chief Imam was a humble, gentle and serious Islamic teacher whose tutelage extended beyond Nigeria.

“The late Chief Imam was God fearing, honest, disciplined, and obedient to the constituted authority especially the traditional institution.”

The governor urged other Islamic clerics to emulate the life led by the deceased even as he condoled with the Ohinoyi of Ebiraland, Alhaji Dr. Ado Ibrahim, the deceased wives, children, relatives, friends, followers and the entire Muslim community.

He prayed to Allah to forgive the shortcomings of the deceased and make Aljannat Firdaus his final resting place.

The deceased Chief Imam granted Ebira Reporters an exclusive interview sometime ago where he spoke about himself and  how Islam started in Ebiraland, as well as the challenges  at its nursing stage and the circumstances that led to his Imamship. We reproduced the content of the interview unedited thus: 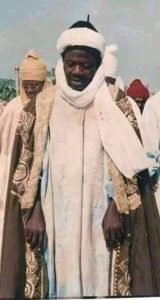 I am Musa Abdullahi Galadima, my father’s name is Abdullahi while Galadima is my middle name. I was named Galadima by my Alfa (Islamic teacher) Sheikh Yahaya Tajudeen from a village called Ilajafila in Ilorin, Kwara state. Galadima literally means successor.

I was born in Okene during the time of war in Obangede (1921). I was not opportune to have Western education at early stage because I started with Islamic education. I registered myself for Western education in the evening class when I was a teenager. The school was located in Okeneba then headed by a white man (European) where we were thought “Best Way to English” a book that afforded us to read and write when we were done with it. Few days we started, the white man came to our class and asked who could spell the word KNEE, I stood up and pronounced K-N-E-E as the spelling of the word (didn’t I spell it correctly? Laughs)  I went back to Islamic school after learning how to read and write.

With my outstanding performance, the head of the school (a European man) wanted to take me to London for further studies but I rejected the offer because I was still young then and wanted to acquire more Islamic knowledge which I believed I would not be able to get if I accepted the offer.

My occupation is trading, I had traded bicycle and later ventured into garri business, plying the route of Auchi to buy garri which I would sell in Ebiraland. I later delved into motorcycle business, and later car business. The first car (Toyota) I bought from Lokoja was at the cost of N1,500, the second one (Peugeot) at the cost of N 3,000, and the third one (Toyota Pick Up Van) at the cost of N6,000. I ended up with cow business.

How did you acquire your Islamic knowledge?

I was given to Sheikh Yahaya Tajudeen, the first Islamic teacher in Ebiraland from Ilorin, Kwara State. I stayed with him till I built my own house and learnt every bit of Islamic knowledge from him.

As the Chief Imam of Ebira, can you tell us how Islam started in Ebiraland, the challenges and the progress made so far?

My Alfa narrated to me that my father (Abdullahi) dreamt and saw two Islamic scholars. He went in search of them and in the cause of his search, he travelled to Kabba where he  met my Alfa, Sheikh Yahaya Tajudeen who later agreed to follow my father to Ebiraland on a horse and subsequently became the first Islamic scholar who guided people to islam and impacting Islamic knowledge to the few muslims in Ebira then.

Alfa Abdulsalam who also came from Ilorin became the first Imam of Ebiraland.  His daughter was later married by Abdulmalik Attah who gave birth to Late Seidat Bilkis.

The first challenge encountered was between the traditional festivals who often complained and even threatened Mulsims for revealing the long held tradition of Ebira masquerade to women through Islamic teaching.

Another challenge encountered at the early stage of Islam in Ebiraland was during the time of face-off between the then king of Ebiraland, HRH Alhaji Ibrahim Onoruoiza Attah and his brother Wokili. In the heat of the face-off, Attah was  given a house arrest by the colonial administration because of an allegation leveled against him. The first Imam of Ebirland (Alfa Abdusalam)  saw this as an aberration and a move that is against the doctrine of Islam which preaches respect for establishee authority and negotiation in terms of conflict.

The Imam left Ebiraland and his departure created a void for Islam that is still fresh in the hearts of the people. Nobody to lead the prayer and all Islamic activities was brought to a halt in Ebirland.  The status of Ebira Muslims then was nothing short of an orphan. It reached a level that the traditional worshipers will pass through our mosque just to mock us, and call us names. It was a devastating moment for Ebira Muslims.

During this time of trial, my father voluntarily gave out ram to be slaughtered and offered prayer for the return of Attah and the commencement of Islamic activities. I was among those that fetched water used to perform ablution that day. The colonial administration later found the allegation to be false, Attah was freed and his return ushered the awakening of Islamic activities.

Sheikh Yahaya Tajudeen (first Islamic teacher) was made temporary Imam to fill the void created by the departure of Alfa Abdulsalam. Mallam Ganiu was later made the chief Imam. He reigned for seven years, after his demise, Mall. Suleiman became the third Imam and the first Ebira man to occupy the position. Imam Suleiman also lasted for seven years, and my Alfa, Sheikh Yahaya Tajudeen was later made the chief Imam and died after five years. This is how my Alfa held the position of Imam twice.

How did you become the Chief Imam of Ebiraland?

Following the death of my Alfa who happened to be the last Imam, I was called to become the chief Imam, I rejected the offer, it took the effort of Alhaji Abdulmalik Attah who was in London then before I accepted the call. I was 58years old then, married with five kids. Since then, I had led Ebira Muslims to Hajj for 28times (28years).

Can you tell us the roles you played in ensuring peaceful co-existence amongst Muslims and other religious faithfuls in Ebiraland?

I have said this several times and I will continue to say it till I die that the Tijaniya muslim should not insult those that are not Tijaniya. Everybody should be doing what he believes without compelling or insulting others that have contrary opinion.

It has always been part of my preachings that Muslim should not insult the Christians in their preachings (Imam quotes Quranic verse to support his statement); although we’ve not really recorded any serious problem between Ebira Muslims and the Christians in the land. The only major religious problem which I had intervened serverally is between the traditional worshipers with their masquerades and the Muslims in Ebirland.

What advice do you have for Muslims in Ebiraland?

Ebira Muslim and other religious faithfuls should live peacefully with one another, tolerate the excesses of others for peaceful co-existence. I will also use this opportunity to advise Ebira sons and daughters to accept the decree of Allah and be patient with our son, the Governor of Kogi State while supporting him with prayers to succeed.

Thanks for coming, may Allah bless you all and make your life’s pursuits beneficial, and grant you all righteous spouses.