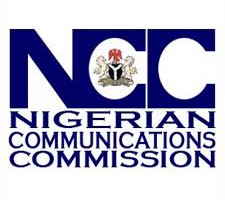 The Nigerian Communication Commission (NCC), has released 2442 short code for Nigerians who want to exit unsolicited messages from the telecommunication operators and control the type of messages they want to receive.

The Executive Vice-Chairman of NCC, Umar Danbatta, who spoke at the 79th Telecom Consumers Parliament in Abuja, said that the short code would go a long way to give consumers the right to choose the messages they wanted to receive.

According to him, following the barrage of complaints on the menace of unsolicited messages, the commission swayed into action by mandating the activation of 2442 short code.

“The code will enable consumers to control the type of messages they receive. I am glad that it has come into effect and I urge all consumers to take advantage of this new regime by sending “stop to 2442’’ to avoid unsolicited messages, he said.

Danbatta said the commission is aware that for the initiative to succeed, there is need for massive public enlightenment by both regulator and the operating companies, saying:“It is in this regard that the theme of today’s parliament becomes relevant.

“The objective is to place the issue on the front burner of our discourse until unsolicited messages become a thing of the past.”

Danbatta said that the issue of consumer’s protection was very paramount to the commission, adding that consumers were kings in the market place.

A telecom consultant with NCC, Ayoola Oke, called on operators to ensure full compliance with the 2442 short code, adding that one major challenge of the policy is lack of awareness, hence the need for both the regulators and the telecom operators to be involved in massive publicity.

He called for effective complaint management by the operators and network management to block spam and screen out malicious mails. [myad]