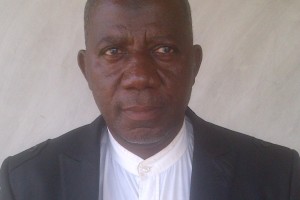 Men and officers of the Nigeria police sprang pleasant surprise recently with what could be termed superlative performances.
On December 28, 2019, the police not only aborted dare devil armed robbery operations in the premises of the Mpampe, Abuja branch of the First Bank, but gunned down one of the robbers and arrested the rest, after exchange of gun shots.
And on December 31, 2019, about three days later, gallant offers thrilled Nigerians by rising up to their professional calling when they faced the fire power of kidnappers on Abuja-Lokoja road,  killing four of them.
In those two incidents, Nigerians rose in unison to collectively hail the police and openly prayed for them. Many Nigerians could not hide their joy in seeing police officers standing up to the men of the underworld and conquering them. The cheers and accolades the Force got were not measured by the number of PR stint its spokespersons put forward. 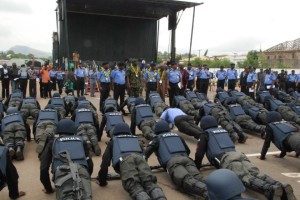 As a matter of fact, police played the role of the true “police is your friend” mantra.
The police, in the two scenes, presented a clear picture of a re-defined version of the one that had,  hitherto, being foisted on the country: the one that reeled in bribe taking, corruption and who, as a consequence, looked the other way when armed robbers, bandits and other criminals were in operation.
To be sure, once upon a time, police officers were in forefront, aiding and abetting  armed robberies and other criminal activities.
Two different scenarios are enough to illustrate the rot of the police in the past.
The first was in a state in the Northwestern part of the country, where armed robbers stormed the house of a nursing mother, carted off all the useful family belongs, including cash, warning the woman, whose husband was not around at the time not to report at the police station. But when the husband returned and saw what happened, he promptly reported the incident at the nearest police station, only for the same group of armed robbers to return in the night of that day to confront the husband with question as to why he defied their warning. When the frightened man tried to deny that he did not report the incident, the robbers played back his voice in a carefully tape recorded voice of his which he made at the police station. The man was instantly killed.
Another incident was when a man, whose house was invaded by armed robbers in part of Abuja, managed to hide in a corner of the house to call and inform the police on his cellphone. The police promptly drove their vehicle towards the house but did not enter the compound. They fired shots into the air, obviously to scare away the robbers who were already in the house carrying out their marauding operation.
When they heard gunshots, they packed what they were able to scoop from the house and rushed out through the front gate. As they were running out, the police, who stayed in their parked car close to the gate saw them, but did not do anything. It was when the robbers had driven away that the police entered the compound, asking: where are they (the armed robbers). When the traumatized family told the police officers that they were there watching as the robbers drove off, their excuse was that they thought those scampering out of the compound were innocent residents of the house.
Those two scenarios among several of their kinds in the past, juxterposed with the two scenarios earlier presented, also among many good performances of the police, show that there have always been some kind of snags somewhere within the policing system, either from the point of recruitment or the point of leadership or from the point of operation and or operational methods and the point of equipment to operate or a combination of all such points.
What ever were the factors responsible for the collaborative attitude of the police with criminals in the past might have been subdued by the resurgence in the war against corruption, for, it looked like corruption led to the denial of the police the essential working tools,  including welfare packages for the rank and file. It was obvious that leadership of the system used to corner what were meant for the procurement of such tools and welfare packages.
Beyond that, the lower cadres were used as conduit pipe to siphon money from members of the public for the leaders as their primary duties and responsibilities suffer utter neglect.
As a matter of fact, the ability of the Nigeria police to perform well had never been in contention, though there were some bad eggs within, but what has always been in the front burner was the usual rat race by almost all segments of the society to make it quick and big with little or no effort at all.
The superlative performances of the police in recent times, like some officers in other public organizations speak volume about the leadership steering the wheel, the sincerity of purpose and clear direction of what needs to be done. 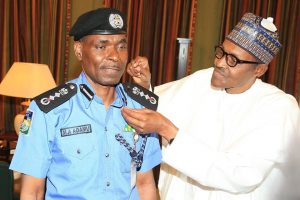 If the tempo of giving armed robbers, kidnappers, bandits and criminals a run for their money and clever antics, is sustained, time may be near when criminality will disappear into the back door of history.
The prayer of everyone, obviously, is that the leadership being provided in all fronts, which is gradually bringing into positive directions, the public sector systems, will not go away when this season changes.
May we not return to the era of endemic corruption that breeds odorous socio economic and cultural practices. Amen.