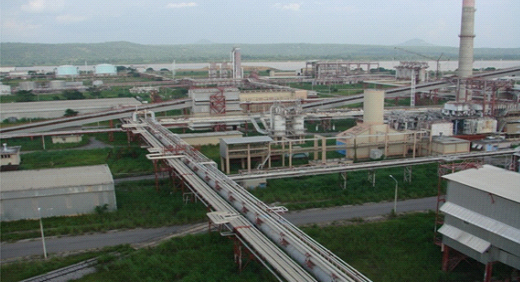 The government of President Muhammadu Buhari has now taken full control of Ajaokuta Steel Company, having reacquired it by settling an Indian company, Global Steel Holding Limited (GSHL), the sum of $496 million.

Ex President Olusegun Obasanjo’s government, through his vice, Atiku Abubakar, had sold the Steel company to GSHL for a meager price, leading to a situation where 120,000 lost their jobs.

And with the full settlement of the amount with which the Indian company bought it, the Steel Company is fully back in the hands of Nigeria.

The settlement of the money to the GSHL, according to the government sources, is in fulfillment of the promise on September 3, 2022 that the contract with the Indian company would be terminated as soon as possible.

Ajaokuta steel company was built by the Soviets between 1979 and the mid-1990s but has never produced steel as the project was never completed.

The Attorney-General and Minister of Justice, Abubakar Malami confirmed that the federal government has paid the company the sum of $496 million to resolve the dispute arising from the $5.258 billion which the corporation requested

He had said that the agreement to settle the Indian company was achieved inside the International Chamber of Commerce’s alternative dispute settlement framework.

The dispute, according to reports, followed the federal government’s revocation in 2008 of an agreement that handed control of the steelworks and the National Iron Ore Mining Company to GSHL.

In canceling the deal, the Umar Yarádua administration said the terms of the concession at the time were not favourable to the country.

The government said, five contracts signed between 1999 and 2007 that gave one firm group, Global Steel group, total control over the Nigerian steel market were the origin of the problems.

According to the justice ministry, a new administration in 2008 decided to terminate the contracts defying legal counsel from the Federal Ministry of Justice, which noted the termination cost in the form of damages.

“This was because the firm appeared unable to pay the first tranche for the Ajaokuta shares before the first anniversary of the agreement (25 May 2008),” the statement reads.

“Global steel, in consequence, took the federal government to the International Chamber of Commerce, International Court of Arbitration, Paris, commencing arbitration in 2008. Although the Federal Government negotiated a settlement in May 2013, the previous administration failed to implement its settlement agreement,” the statement says.

Global Steel issued an anticipated claim in damages of around $10–14 billion against Nigeria in May 2020 and threatened to restart the arbitration.

The government said it agreed to pay over $400 million to settle the case once and for all after engaging PwCNigeria to do a comprehensive review to ensure taxpayers are protected.

With this development, the statement notes that President Muhammadu Buhari has now “rescued the steel industry from interminable and complex disputes as well as saving the taxpayer from humongous damages.”