Home SPECIAL So That Our Nation, Nigeria, May Be The Winner, By Sufuyan Ojeifo 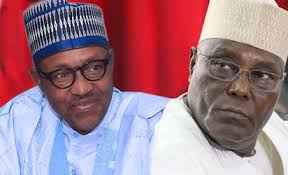 Pending a Supreme Court verdict in the presidential election petition filed by the Peoples Democratic Party (PDP) candidate, Alhaji Atiku Abubakar, the victory of President Muhammadu Buhari remains provisional – or at best tentative. Both are potential winner and loser.  The pendulum of legal victory could swing either way. Beyond the subsisting electoral umpire’s declaration, whoever receives the Supreme Court’s approbation is the president in the eyes of the law.

But for the existence of the court and related constitutional provisions in the resolution of electoral conflict, the election would have been decisively won without recourse to legal redress. It would then also have not mattered whether the victory was achieved by hook or by crook. The aggrieved parties would have, in the vortex of disapproval, resorted to self-help to reclaim perceived stolen mandate. Then, there is no assurance the process would not lead to the loss of our nation, her shared values and recognized heterogeneity.

As it is, Buhari is a custodian of a questionable mandate. Atiku, on his part, is a pretender to a supposed stolen mandate. Remarkably, both the custodian and the pretender are exercising their liberty as constitutionally circumscribed within the milieu of a peaceful Nigerian nation.  That is most significant within the context of the elections that seek to vest mandates in political leaderships. In any case, through the court, electoral process will be proved to be conclusive. Elections will be lost – and conversely won by many.

While negative emotions could flow from losses in the elections, they should not be extended to the structure of our corporate existence as a nation. Nothing untoward should be done to lose our nation. The philosophy of winning our nation has always been at the heart of overriding national interest. That perhaps explains the reason no incumbent president whose victory at the poll was challenged at the court had ever been defeated. The officers in the temple of justice, especially at the Supreme Court, have so far been in pari materia with this philosophy.

In the 2007 massively-rigged presidential election, a fact attested to by the beneficiary of the flawed process, the late President Umaru Yar’Adua, and which culminated in the electoral reform superintended by former Chief Justice of Nigeria, Muhammad Uwais, the Supreme Court had, in its ruling on Buhari’s petititon in the face of the glaring irregularities, preserved national interest in its 4 to 3 split verdict in favour of Yar’Adua. It could be recalled that Buhari got the minority (dissenting) judgment of Justices G.A Oguntade, Aloma Muktar and Walter Onnoghen.

The majority judgment kept Yar’Adua in office and that enabled him to initiate and pursue obligatory electoral reforms. Buhari’s loss in 2007 as it happened in 2003 did not culminate in the loss of our nation. He also lost in 2011 and once more, we won our nation. In 2015, defeated incumbent President, Goodluck Jonathan, did not bother to legally challenge the election won by Buhari. Both the election and our nation were quickly won.

Today, Alhaji Atiku Abubakar, the defeated presidential candidate of the opposition PDP had already filed his petition at the Presidential Election Petition Tribunal, challenging Buhari’s victory in the February 23 poll. Certainly, the fate of the nation lies in the hands of the Supreme Court, the final appellate destination in the matter of presidential election petitions.

Whereas, great hope had always been reposed in the Supreme Court to act in the national interest, recent seemingly calculated attack on the Judiciary in which the morality of the head of that arm of the government, Onnoghen, had been called to question, has insinuated the executive arm into a premeditated plot to intimidate, demonise and demoralize the bench, perhaps in the prosecution of its overall plot to secure the position of president by all means.

The pertinent question the scenario raises is: to what degree can the panel of the Supreme Court justices that sits on the presidential election petition on appeal before it ensure fairness conterminously with national interest? Without prejudice to the character and integrity of members of the panel that will be carefully considered and appointed by whoever is the Chief Justice of Nigeria at the point in time, fairness of the matter and preservation of national interest will offer the ultimate challenge to their capacity and conscience to deliver justice in the matter.

But while it is expected that the Supreme Court will not pander to partisan frenzy and end up succumbing to the pressure of judicial activism by being unnecessarily revolutionary in its verdict, it is not out of place for the popular sentiments and proclivities of Nigerians, correctly weighed on the scale of national consensus, to be considered in the administration of justice since the issue at stake is about the mandate of the people freely given at the poll.

Since the credibility of the Independent National Electoral Commission (INEC), under Professor Mahmood Yakubu, has been essentially impeached by widespread whispered and overt rejection of the outcomes of the presidential and National Assembly polls, the courts are expected to step in as the last hope of the people in quest for justice.

Justice is the essential balm that soothes frayed nerves. The most celebrated English judge of the 20th Century, Lord Alfred Thompson Denning, Master of the Rolls, once said: “If justice were to have a voice, she would speak as the English judge.” The compelling insight of Lord Denning speaks volumes about the characteristic impeccability and infallibility of justice as delivered from the English bench. The English judges deliver justice in its pristine form. The temple of justice is not defiled on the basis of primordial considerations and negotiated ratio decidendi.

Over the years, the Nigerian judiciary has been plagued with reported cases of corruption. The Supreme Court has been the last bastion of hope in its real sense. Although, it may not be a perfect temple of justice, it has always kindled and rekindled hope in moments of countrywide doubts. The Atiku petition has thus provided another challenge to the Supreme Court to intervene in a very utilitarian and just manner in a great moment of national anxiety.

Over all, what should be central in the court’s considerations is the theme of national interest – that the interest of Nigeria is greater than both the person interests and essential motivations of Buhari and Atiku, and their political preferences. Once we relate with the contending issues and personalities with our eyes on the national interest, no matter the eventual verdict by the Supreme Court, we will accept it and, by so doing, win our nation. Truth!

Ojeifo, an Abuja-based journalist, contributed this piece via ojwonderngr@yahoo.com.