Home SPECIAL When Buhari Leaves In 2023, By Iliyasu Gadu 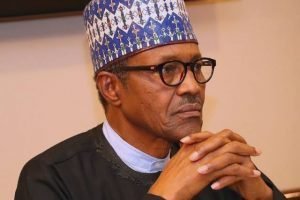 ‘’APC is a party we hurriedly put together….President Buhari gave character to the party. He brought his integrity to bear on the party and made it what it is in the northern part of the country where the masses saw him as a true leader and we all rode on that to achieve victory. But after the credibility of Buhari, there seems to be no alternative in the same manner that will drive the party to a 2023 victory. If we are not careful, APC might go with Buhari in 2023 and that will be very unfortunate. ‘’ Senator Rochas Okorocha
Of the deluge of comments that followed the victory of President Buhari in the 2015 elections, it was Adamu Adamu the current minister of Education, then a columnist with the Daily Trust who offered a more nuanced perspective. He reasoned that Buhari’s victory was the preferred alternative to the social upheaval that the country was hurtling inexorably to under the rudderless leadership of President Goodluck Jonathan of the People’s Democratic Party (PDP)
Now four years into the administration and counting, considering the promises and expectations that accompanied President Buhari’s ascendancy, it should worry us that Senator Okorocha a top figure in this administration should sound this alarm about the ruling party. For what is likely to happen to the APC and indeed the country after President Buhari must have served his second term in 2023 is without doubt the trillion naira question on the mind of not just every political figure but across the spectrum of life in the country as well.
That there is a general feeling of anti-climax slowly giving way to fatalistic resignation as a result of the unresolved and unfulfilled expectations of Nigerians of the Buhari administration is palpably unmistakeable.
Nigerians are yet to see the promised improvements in their lives as dividends for voting Buhari and the APC. And at the level of politics, president Buhari’s failure to strengthen the ‘’ hurriedly put together’’ APC has led to a feeling of uncertainty among the rank and file about what the future holds for the party once he goes. Many APC members across the country are thus convinced that owing to the several fissures within its ranks the party may likely implode once president Buhari goes.
In this regard, the most telling of all the issues raging within the APC has to do with the succession question. There is afoot, a quiet but vicious struggle going on currently on who will succeed president Buhari among the grandees in the party. One of those frequently mentioned is Governor Nasir El-Rufai of Kaduna state. But a Kaduna-based veteran politician thinks differently. ‘’That one? He is not only an accidental civil servant as he himself admitted; he is also an accidental politician. Where will he be today politically were it not for Buhari’’? the man who pleaded not to be named because his house will be demolished, asked rhetorically.
Many within the APC and outside it believe that Senator Rabiu Musa Kwankwaso, had remained in the APC, stood a greater chance of succeeding president Buhari both as party leader and president.
Then there is party leader Asiwaju Bola Tinubu. It is believed by many within APC that he stands the greatest chance to succeed president Buhari should the party decide to zone the presidency to the south. But again as zoning is one of the several issues raging within the APC currently which threatens to derail it Tinubu work is cut out for him. I am reliably informed that in anticipation of this, the Asiwaju is quietly but assiduously working on forming an alternative political platform to actualise his political ambitions.
Although the APC has made some gains in recent electoral contests, the great question still remains whether the party can find within it a leader that can hold its constituent parts together once Buhari exits in 2023. The overwhelming majority of its northern members especially in the party’s core support area of the northwest do not want to countenance a southern presidential candidate let alone support one. They are likely to set up and support a new political party or vote a northern candidate on another political platform. The party’s supporters in the south feel its time one of its own is supported to clinch the presidential ticket and be voted for in 2023 and would settle for nothing less.
All these point are flashpoints with a potential to lead to a major implosion of the APC in the near future. President Buhari despite his massive following may not be able to prevent it because the rifts within the party are spurred principally in anticipation of his departure. Whatever influence he wields in the party will come up against emerging realities in the APC and the country and these will be driven by other significant actors in the polity.
In 2015 president Buhari was the major beneficiary of a shift in political realities which favoured a change from President Goodluck Jonathan and PDP. Similarly by 2023 other issues will emerge to render his influence largely academic having spent his allotted time to make his mark in the annals of Nigerian political history.
If his departure precipitates what Adamu Adamu wrote about in 2015 and Senator Okorocha warned about so eloquently in 2019, it will be the ocassion for the emergence of another fit for purpose leader just as president Buhari in 2015.
Gadu can be reached at Ilgad2009@gmail.com
(08035355706 sms only)