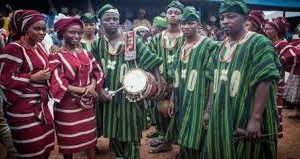 The Lagos state governor has confirmed on the news that himself and the health commissioner went round the hospitals in Lagos and couldn’t identify the corps of any victim of the so much advertised Lekki shooting where thousands died according to Biafrans. The enemies of Nigeria are gradually winning by propaganda and lies via social media and Nigeria hungry journalists and their news media.
What is even most worrisome and surprising is that the Southwest people were so unwise to know that the advocates of Biafra just want to help them destroy Lagos which is their economic power. How many business interests and major government revenue agencies were destroyed in Southeast? How many of their first class chiefs were humiliated and sent out of their palaces as was done to Oba of Lagos who was neither a soldier nor police in this crisis? How many Igbos and Hausas are working in all the establishments of Tinubu that were burnt down compared to the Yorubas? How many Igbos and Hausas are been served by the BRT buses burnt down compared to the Yorubas benefiting from it? And many others.
The Igbos wanted to replicate same in Abuja but besides the superior power of the government, the indigenes and Northerners said NO. Nnamdi Kanu mentioned Tinubu as their target and left out all the Igbo leaders close to government and the Yorubas were happy.
The Yorubas never ask what has he done that the Igbo leaders did not do as a sin. The Edo protesters where confew was first declared were so wise that they did not destroy their economic facilities rather they went and released their brothers in the prison to enjoy freedom.
Then you ask yourself the big question:
“WHO ARE THESE PEOPLE CALLED YORUBAS IN NIGERIA”?
Under listed are some of the public properties destroyed in Lagos:
1. Nigeria Port Authority Lagos – set ablaze
2. Orile Police Post, Lagos – set ablaze
3. Lekki Toll Gate, Lagos – totally destroyed
4. BRT Terminal, Oyingbo – New Buses set on fire
5. Television Continental, Ketu, Lagos – set ablaze
6. VIO, FRSC Office, Ojodu – FRSC branded cars, generators set ablaze.
7. BRT Terminal, Ojodu, Lagos – buses set ablaze.
8. BRT Bus at Berger – set ablaze
9. Lagos Television, Agidingbi, Ikeja – shut down
10. Recreational Center, Oregun, Lagos – set on fire.
11. Oba’s Palace, Lagos – burnt to ashes. His scepter of authority seized.
12. Sanwo Olu Mother’s House, Surulere, Lagos – set ablaze
13 Kings college on fire
14. Many lives lost already to the protests all in Lagos and south west.
15. Oriental Hotel, Victoria Island Lagos, burnt
16. GTBank Branches burnt down
17. AccessBank Branches burnt down
18. Channels Television shut down
19. Ajeromi Local Govt Secretariat
20. Lagos-Island Local Govt destroyed
21. Lagos-Island East LCDA Secretariat set on fire
22. Lagos Mainland Local Govt Secretariat Destroyed
23. Ibeju Lekki LCDA Secretariat destroyed
24. Sanwoolu’s Uncle’s house on Lagos Island.
25. Ejigbo LCDA burn.
26. Many local council SECRETARIATS burn down now. in Lagos state.
Still counting….
Several Yoruba heritage buildings and private properties burnt down and you still believe this is about protest or fall out from Army’s shooting…
Someone or people somewhere have declared war on Lagos State and by extension on the South-West. Only a fool will clap while his father’s house is being destroyed.
It is a pity Yoruba never ronu the IPOB militants are burning our heritage and we are jubilating. BRT is not in other state NPA, TVC is an asset we are proud of in Yoruba land. We are shouting we want Oduduwa nation and they are destroying what we could use to survive as a nation and we are jubilating.
Despite what Atiku Abubakar did as a Vice President to corner all the resources of this country to himself no single person from Adamawa protested against him. Tinubu was never a President or Vice President or a minister but just a former Governor, like James Onanefe ibori who the Deltans celebrate like an idol despite what he did in Delta.
Yoruba, if you allow this IPOB and its cohorts to destroy our common heritage it is left for you. This is the way they deceived us to betray Awolowo while they kept hailing their own Zik. Yoruba Ronu.
EndSARS is not in the southwest alone. They were in the entire country. Do we hear they are burning homes and monuments in other parts of the country?
In Ekiti State, if not because of the arrest that have been made they would have started burning houses. As I am typing this message, I heard that they have started burning APC Secretarial in Ondo State. Yoruba Ronu.
What is the offence of Tinubu? Just because he developed Lagos, why can’t they develop the IPOB states despite the huge resources that were allocated to them?
Lagos is not complaining that Tinubu stole their money. What is the problem of the IPOB? Ironu ikoko ni yio paja won. The IPOB people are setting us against ourselves.
Awa omo Yoruba, please let us come together and protect our own. Tinubu is an asset to Yoruba nation. He has built more people than any other persons in this land: you cannot go and burn Atikus refinery in South Africa. You cannot go and burn Edwin Clerk University in Ghana. You cannot go and burn James Ibori refinery in Liberia neither can you go and burn other monuments of the IPOB in other countries.
This is the way they criticized Obasanjo before he forced Jonathan on Nigeria.
The Arewas are looking at us and laughing. The south versus the south just because the yanmirin want power at all costs.
Yoruba Ronu.