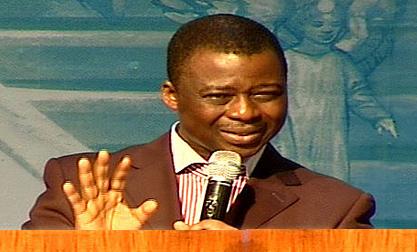 Over 1000 athletes from 26 states and athletics clubs across Nigeria have entered for the 2015 Dr. D K Olukoya Athletics Championships slated for Teslim Balogun Stadium, Surulere, Lagos this weekend.

The 2015 edition of the Championships will serve as trial for the Africa Youth Athletics Championships in Mauritius , April 23-26, 2015 and the IAAF World Youth Champions in Cali , Columbia from July 15-19, 2015.

“We shall not entertain any late entry and we will not allow any state or athletics club to submit entry at the venue.”

“These states has been consistent in producing young athletes in the last few years, I expect athletes from the states to dominate the sprints, jumps, quarter-mile and hurdles.

Alli urged others states to emulate these states.‘’ “The National Sports Commission (NSC) and the Athletics Federation of Nigeria (AFN) cannot do it alone, during our time, the states, local governments and schools were active in sports, so the NSC and AFN then concentrated on the elite athletes, but today most the states no longer produce athletes, we urged to return to grassroots and start discovering talents for NSC and AFN to nurture to world class athletes.” [myad]