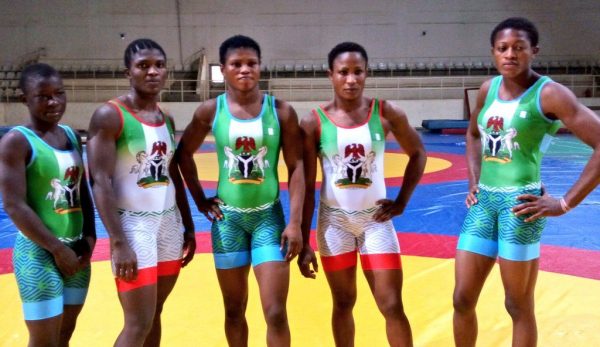 The team is made up of 16 wrestlers and five officials.

The list of the team which was released today, Wednesday, by the Nigeria Wrestling Federation (NWF), showed that eight-time African champion, Oborududu will be aiming for another record feat in Tunisia as she will be competing in the 68kg of the women’s freestyle.

Adekuoroye who is ranked fourth in the world in the women’s 57kg will also be in action.

Others include another Commonwealth Games gold medalist, Aminat Adeniyi who will compete in the 62kg.

The team will be handled by the duo of Purity Akun and Victor Kodei, while the NWF President, Daniel Igali will lead the contingent to the North African nation today.

Igali made it clear that the team is poised to defend the title it won at the 2018 edition in Rivers State.

“We are going with full female team but we cannot afford to go there with the full team of the men’s team due to lack of fund. We are the defending champion in the female event while we are also the champion in the men’s event as we topped Egypt by three points at the last edition in Port Harcourt. I am sure we can retain our title in the female team but I know it is going to be tough particularly with the host team, Tunisia because they are also in good shape for now.”

The female team is expected to compete on March 30 while the men’s team will take to the mat on March 31.