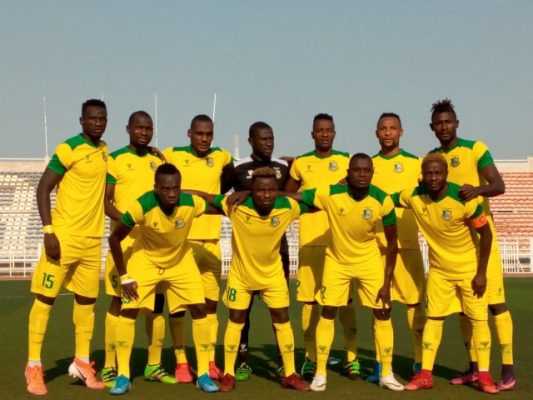 Four-time league champions, Kano Pillars, have been demoted from the Nigeria Premier Football League after the Nigerian Football Federation’s Appeals Committee upheld the decision to deduct three points in their match against Dakkada FC.

Kano Pillars, who will now play at National League level for the first time in over two decades, were punished for improper conduct during a league game with Dakkada at the Sani Abacha Stadium, Kano, on June 23.

According to a statement today, July 16, by the NFF, confirming the development Also, a camera, Sony HD Full HD 1920×1080, belonging to Dakkada was damaged by angry Pillars fans.

Following the incident the League Management Company (LMC), deducted three points from Kano Pillars which leaves them on 42 points, five adrift of safety with one game left to play.

However, Pillars appealed the decision but the NFF rejected which means Pillars have been relegated to the lower division.

”The Committee found as a fact that Kano Pillars FC did not challenge findings No. 5 of the decision of the NFF Disciplinary Committee, which is the assault on the Asst. Referee 1 by the former Chairman of Kano Pillars FC.

“The Committee found as a fact that the League Management Company’s letter dated 14th July, 2022, was contemptuous of the NFF Appeals’ and Disciplinary Committees and their representative, Uche George Egbe, refused to withdraw the letter when demanded by the Appeals’ Committee.

“Finding No.5 of the Disciplinary Committee, which was not appealed against by the Appellant, was what the Committee found as the main crux of the disruption of the match by the attack of the Kano Pillars former Chairman on Asst. Referee 1, as shown in the pictorial evidence presented before the Committee. In view of the above, the Appeal fails.

“On the issue of the destroyed camera, the Committee agrees that the memory card was removed and the pouch of the microphone was destroyed, as such, this constitute damage to property, therefore, the appeal fails.