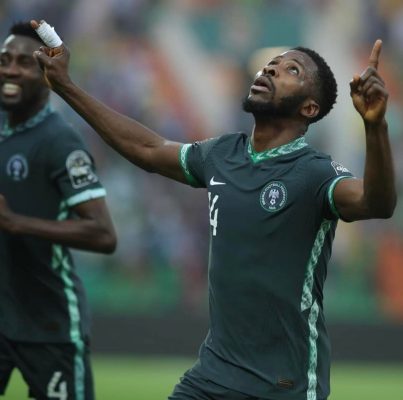 Nigeria’s Super Eagles have defeated the Pharaohs of Egypt 1-0.

The defeat was in the opening game of Group D today, January 11 at the 2022 AFCON in Cameroon.

But for lack of composure in the final third, the Super Eagles should have won the game by a larger margin.

Standing on a spot, Iheanacho slotted home a delightful pass from Joe Aribo to give the Eagles a first-half lead. The scoreline remained the same until full time.

Twice in the game, referee Bakary Gassama changed the football for lack of quality.

Nigeria will play Sudan next on Saturday, January 15.

A win in that encounter will guarantee the Super Eagles entry into the next round.