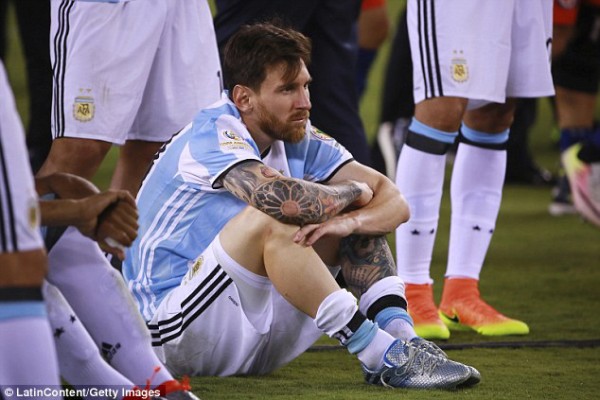 A Catalan court has sentenced the 29-year-old Barcelona superstar, Lionel Messi to 21 months in prison over tax charges on Wednesday. He was also fined £1.7million even as his father, Jorge was found guilty of three counts of tax fraud.

The lawyer of the father and son has however described the sentence as “incorrect” and vowed to appeal to the Spanish Supreme Court.

Regardless of the appeal, under Spanish law, a prison sentence under two years can be served under probation; meaning Messi and his father are unlikely to go to prison.

The court ordered Messi to pay a fine of around 2 million euros (£1.7million) and his father to pay 1.5 million euros for the crimes.

During the four-day trial last month, Messi and his father denied any wrongdoing. Both said the player was unaware of the tax issues that led to the fraud charges.

But the court agreed with the state prosecutor that Messi and his father did have at least some knowledge of the corporate structures created to lower his tax burden in Spain.

Last month, Messi denied having any knowledge of tax issues that sparked fraud charges against him

Tax inspectors testified that they found evidence that Messi’s father used companies in countries such as Uruguay, Switzerland and Belize to reduce tax on the player’s income from image rights. Messi’s father said he was told by a legal adviser that the practice was legal.

Barcelona issued a statement to ‘give all its support to Leo Messi and his father.’

The club said that it ‘considers that the player is in no way criminally responsible with regards to the facts underlined in this case.’

The court ordered Messi to pay a fine of 2 million euros (£1.7million) and his father to pay 1.5 million euros

‘FC Barcelona continues to be at the disposition of Leo Messi and his family to support him in whatever action he decides to take in defense of his honesty and his legal interests,’ it said.

The 29-year-old Messi is Argentina’s career-leading scorer with 55 goals in 113 international appearances.

But he has lost three Copa America finals with Argentina – in 2007, 2015 and 2016 – and announced his international retirement after last month’s penalty shootout loss in the final to Chile.

Speaking for less than 15 minutes a court last month, Messi said he never suspected any wrongdoing

This is just one legal case involving Barcelona’s players.

Earlier this year, Javier Mascherano was handed a suspended one-year prison sentence for not paying all his taxes for 2011 and 2012.

Adriano is also being investigated for alleged tax fraud, while Neymar has had to testify before a judge because of alleged irregularities involving his transfer to Barcelona. He and the club are accused of withholding the real amount of the transfer fee, in part to avoid paying the full amount of taxes. [myad]