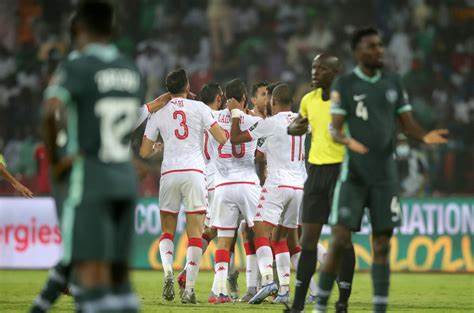 President Muhammadu Buhari has directed football authorities in the country to undertake a critical assessment on the Super Eagles’ performance at the Cup of Nations tournament for improvement in the world cup qualifying competition lying ahead.

Reacting to a 1-0 defeat the Eagles suffered in the hand of their Tunisian opponents in the ongoing Africa Cup of Nations tournament, the President Buhari said that it is too early to begin to blame the players for the loss.

He said that although the team did not live up to the expectations of Nigerians in the AFCON tournament, but that officials and players deserve commendation for the tough fight they put up.

“They gave everyone the confidence that they were up to it, and I am sure it was something they could have achieved. Nonetheless, we should not write them off.”

President Buhari urged Nigerians to encourage the players to do better next time, especially in view of the World Cup qualification matches that have been lined up for them.

See also:  FIFA Angry With Nigeria For Sacking German Coach, Insists He Must Be Paid Over N433 Million

He particularly asked Nigerians to send their suggestions on how the team can improve, to the Nigeria Football Federation “so that it will reflect and plan well for a better outing in the forthcoming World Cup competition.”