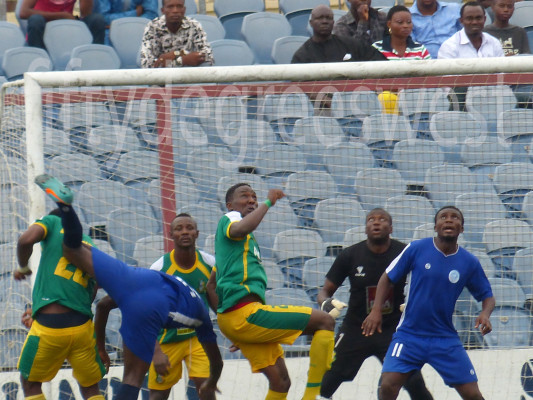 Kano Pillars, today, beat the Moghreb Tetouan of Morocco at the Sani Abacha stadium in Kano, but was not enough to see them through to the next level of the CAF Championships League.

Pillars, who are the Nigeria’s flag-bearer in this year’s edition of the Championship, crashed out as Moghreb emerged tops on a 5-2 aggregate having won the first leg in Morocco 4-0.

Pillars were undone by their poor finishing with the Moroccan Team getting the first goal in today’s encounter in the 33rd minute through Mouchine Iajour, who scored a hat-trick in the first encounter in Morocco.

Pillars equalized at the 61st minute through forward Tony Edjomareigwe, while Rabiu Ali dribbled his way into the box and scored the team’s second goal a minute before the final whistle.

Pillars have now been eliminated the same way they crashed out of the tournament last year in the preliminary round after losing to AS Vita of DR Congo.

With Pillars already out, the onus is now on Enyimba to do Nigeria proud as they take on Egyptian side Smouha FC in their own crucial second leg clash today. [myad]