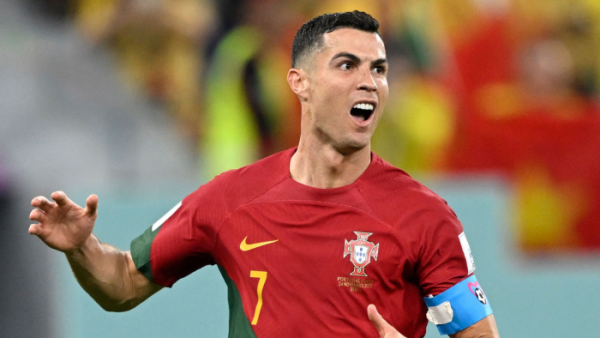 Portugal’s Cristiano Ronaldo has become the first player in World Cup history to score at five different editions of the global tournament.

The 37-year-old put Portugal ahead against Ghana last night, November 24, in the ongoing world cup tournament in Qatar, as he powered home a penalty which he won himself, extending his lead as the top scorer in the history of men’s international football.

Portugal won the match by 3-2.

Ronaldo was part of a group of five players to have scored at four, alongside Pele, Uwe Seeler, Miroslav Klose, and long-time professional rival, Lionel Messi, who joined the group earlier this week as he scored for Argentina against Saudi Arabia.