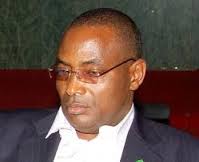 The Nigeria Football Federation (NFF) has made it clear that its election will not be held on August 26, dismissing a statement to the contrary by the chairman of electoral Committee Amoni Biambo.

“The statement must have been made in error. As far as the NFF is concerned, there will be no elections at the General Assembly of Tuesday, 26th August,” NFF general secretary Musa Amadu said.

“There is a proposal that we are taking to the general assembly (the supreme body of Nigeria football) for consideration and approval with regards to the elections.

Amadu said that the proposal to be taken before the General Assembly on Tuesday will see to the elections being conducted not later than two weeks after the assembly, on the advice of world governing body, FIFA.

“The elections will definitely take place in early September, 2014. All hands are on deck to ensure that we hold the elections not later than two weeks after the Congress on Tuesday, to usher in a new executive committee of NFF,” he further said.

“What the NFF is concerned with, even before a similar advice by FIFA, is to ensure an open and transparent process that will guarantee a level–playing field for everyone. Every person eligible to purchase form and contest the elections should be able to do so, and the process must be one that dovetails into credible, free and fair elections, that will stand the test of time, devoid of challenges by aggrieved persons that will affect the smooth running of the NFF by the incoming executive committee.”

The NFF scribe also made it clear that the persons who will be in Warri for Tuesday’s general assembly will be the same delegates who were at the November 2013 general assembly in the same city, except where there have been changes that comply with the statutes.

“For example, the unbanning of Taiwo Ogunjobi and Chidi Ofor Okenwa means these persons will represent Osun and Enugu States respectively, as chairmen of their state Fas,” he said.

“Other than these two, the roll –call remains the same.”