Home SPORTS Why I Ended Up Not Playing For Nigeria National Football Team –... 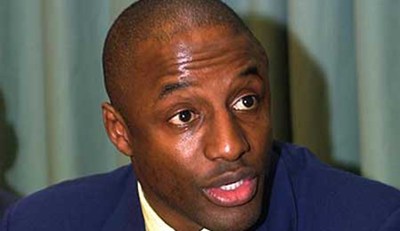 Former Wimbledon striker, John Fashanu, has given reason why he never played for the Nigerian national football team, the Green Eagles during his football professional career.

He said that he had, on three occasions, made himself available to be selected but each tim, he was turned back because his style of play which was considered not good enough by the team’s former handler, Otto Gloria.

Fashanu who said that that one of his regrets in football was not playing for the Nigeria senior national team during his professional career said that not playing for Nigeria was never his own making as several people have tried so hard to present it to the public.

The former Wimbledon FC striker noted that it was as a result of the way he was treated then that prompted his staying away eventually where he eventually made just two appearances for the England national side.

“The fact is that I really wanted to play for Nigeria and I came home on three occasions but the coach said I was not good enough to make his team, and so never selected me except for one friendly match against China where I was an unused substitute,” Fashanu told Goal.com.

“So, it was never my fault at all and it pained me so much that I never played for my country,” he lamented.
Fashanu who has since returned to the country and settled down successfully to business while trying to contribute his quota to ensure that Nigeria’s sport flourishes.

The former striker has acquired 10 hectares of land at the Apo district of Abuja where he has developed an all sports academy, called Goodluck Jonathan/Fashanu Academy.

He expects that the academy would attract some of the best sporting personnel from around the world. [myad]