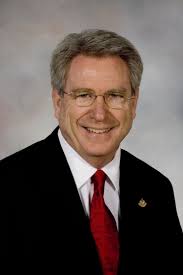 Deloitte said that the figure is over and above the four year seasons, after passing £2 billion, adding that the revenues have doubled in seven years.

The head of the team, Dan Jones described the increase as “a remarkable achievement in isolation, but phenomenal in the wider economic context of that same period.”

He said the battle between TV firms for Premier League rights was key to driving the league’s revenues higher.

Mr. Jones, in Deloitte’s Annual Review of Football Finance said: “the entry of BT Sport into the market to compete with BSkyB has applied huge upward pressure to broadcast revenue – from the 2013-14 season onwards each domestic live game on average generates broadcast revenue of £6.5m.

“It is clear that BT Sport’s entry is not a passing fad but a serious, focused, long-term commitment.”

While providing a snapshot of the 2013-14 season, the Deloitte report looks at the 2012-13 season in greater depth.

There were positive signs in the Premier League, with revenues rising to £2.5bn for the first time, but the perennial issues of high wages and debts remained.

Deloitte says this was largely driven by an increase in interest-free “soft loans” from owners of £228m.

In fact, soft loans totaled £1.6bn, up from £1.4bn a year earlier, represented close to two-thirds of total net debt.

Some 90% of this figure was attributable to four Premier League clubs – Chelsea, Newcastle United, Aston Villa and Queens Park Rangers,

“The signs are that most clubs are adopting a more financially robust and balanced approach to the way they run their businesses, and they must continue down this path if they are to safeguard the long term financial health of the game,” Mr Jones said.

Meanwhile, the growing global appeal of the English Premier League could be seen in the fact that during 2012-13 half of the clubs had foreign owners, compared with only one 10 years earlier.

It says it is only a matter of time before there is an owner or major sponsorship deal from China, where the Premier League is a major consumer brand.

The drive to achieve promotion to the Premier League saw Championship clubs gamble heavily in 2012-13.

Wage costs exceeded revenues in the Championship for the first time in 12 years, leading to a record wage-to-revenue ratio of 106% and record operating losses of £241m.[myad]