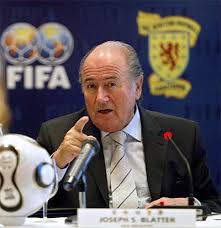 World football governing body, FIFA has demanded for a full explanation regarding the purported dismissal of Aminu Maigari as president of the Nigeria Football Federation (NFF).

Maigari was allegedly sacked by his executive committee on July 24.

FIFA asked for the agenda of the executive committee meeting that sacked Maigari, the conditions for the amendment of the agenda and whether the president was given the chance to defend himself.

The world football ruling body also expressed surprise that despite the lifting of the suspension of the country, the situation in Nigeria has become “so inextricable”.

Elections to the executive committee are due to be conducted on August 26.

And on the heels of the letter from FIFA, the NFF executive committee on Thursday suspended two other members, Chris Green and Yusuf Ahmed, for what they described as “anti-board activities.” [myad]