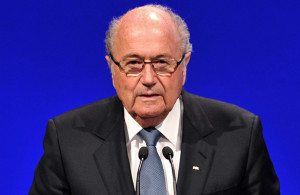 FIFA has suspended the Nigerian Football Federation with immediate effect due to government interference.
Only last week, Nigeria government officials sacked the entire national football federation leadership after the Super Eagles fell to France in the round of 16.
In doing so, the defending African champions risked an international ban.
FIFA had given Nigerian government upto yesterday, Tuesday to reinstate President Aminu Maigari, but failed to do so.
As a result of the ban, no Nigerian football team, including clubs, will be allowed to participate in international sporting events.
That means Nigeria will not be allowed to participate in the upcoming FIFA U-20 Women’s World Cup (5-24 August 2014) should the suspension not be lifted by July 15.