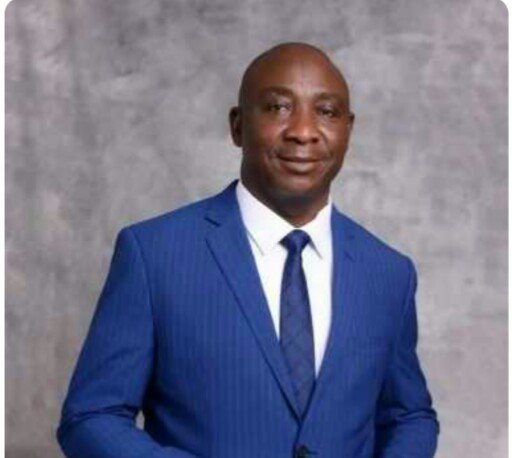 Chairman of Zamfara State Football Association, Ibrahim Musa Gusau, has wrestled other contestants to the floor in an election to emerge the new President of Nigeria Football Federation (NFF).
Gusau, a member of CAF Organising Committee and Chairman, Football Associations chairmen, garnered 39 votes to succeed Amaju Pinnick.
In the first round of voting during the election held in Benin, Edo state, Gusau garnered 21 votes, to beat outgoing NFF First Vice President, Seyi Akinwunmi and Second Vice President, Shehu Dikko, who got 12 and 6 votes respectively.
He also defeated Peterside Idah and Abba Yola who got one vote each.

But, while Akinwunmi, Dikko and Yola, withdrew from the race, Peterside Idah, proceeded to the second round with Ibrahim Gusau, who needed 22 votes to be declared winner.

At the end of the second round voting, Guasau got 39 votes while Peterside Idah got only one vote.

See also:  Presidency Gives Details On How Much Each Of 9 Oil Producing States Got From N625 Billion