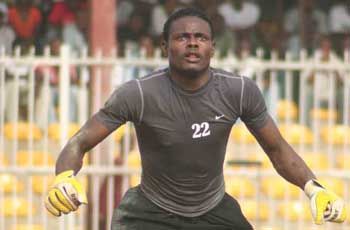 Glo Premier League champions, Kano Pillars, began their CAF Champions League quest with a 2-0 win at Al-Malakia today. The win was the first time the Kano-based club would win on the road in four years in the Champions League.
In 2011, Pillars defeated Mighty Barrolle 2-1 in Liberia. Chigozie Maurice and Sheriff Isa scored the goals for the Kano club on that occasion.

Gambo Muhammed and Christian Obiozor scored second half goals for Kano Pillars to make the second leg of the Champions League contest easier against the South Sudanese club.
The first half finished goalless in Juba, South Sudan despite Kano Pillars creating scoring chances.
But the second half started well for the Kano club as Gambo scored four minutes into the restart.
New Kano Pillars striker, Obiozor, made the game safe for the Nigerian team in the 63rd minute.
Pillars coach, Okey Emordi, said at the post-match conference that the job against Al-Malakia is just half done.
He believes there is still another 90 minutes to play in Kano in a fortnight, adding: “we agree that this is a stepping stone for us, but we cannot afford to lose focus because we have won here (in Juba). There is a second leg to play for, so we will return to Kano and prepare like we did not win this game.”
Captain and goalkeeper of Kano Pillars, Theophilus Afelokhai said: “We want to keep making Nigeria proud with our performance, and that is what we set out to do today.”
Kano Pillars will host Al-Malakia on the weekend of February 28 and March 1 in Kano.