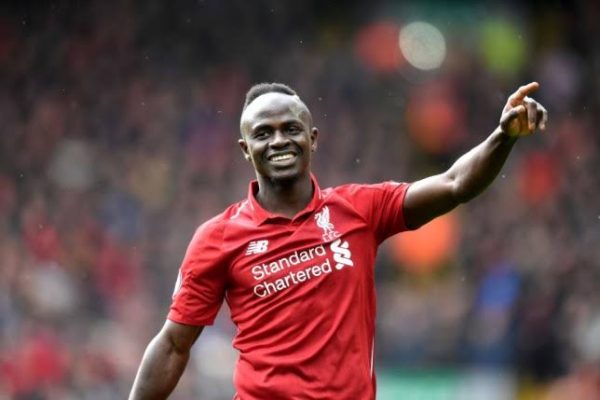 Liverpool’s Sadio Mané has emerged African Footballer of the Year for the first time after beating teammate, Mohamed Salah and Manchester City’s Riyad Mahrez
Barcelona and Nigeria’s Asisat Oshoala also emerged women’s player of the year.
The Senegal forward received his award from four-time winner Samuel Eto’o at a star-studded ceremony in the Red Sea resort of Hurghada in Egypt, which was also attended by former Arsenal manager Arsène, Wenger although Salah was not in attendance.
Having finished as runner-up to the Egypt forward for the last two years, Mané becomes the second Senegalese to win the award after another Liverpool player, El Hadji-Diouf, in 2001 and 2002.
“To be honest I would prefer to be playing football than speaking in front of so many people,” said Mané.
“I’m really happy and really proud at the same time. I would like to thank my family, especially my Uncle who is here today. It is a big day for me and I would love to thank all the Senegalese people who have been voting for me. I’m from a very small village called Bambali and I’m sure they are all watching me tonight.”
Algeria were named as men’s team of the year, with Djamel Belmadi picking up the coaching award.
Cameroon, who were beaten by England at the Women’s World Cup last summer, were named women’s team of the year.
As well as helping Liverpool to victory in the Champions League final in June, Mané shared the Premier League Golden Boot with Salah and Arsenal’s Pierre-Emerick Aubameyang after a momentous season for African players in English football.
The 27-year-old has continued his good form into this season having already scored 11 league goals in Liverpool’s brilliant start to the campaign that sees them lead the table by 13 points from Leicester having scored 36 goals in total during 2019.
For the CAF 11, no Nigerian made the list