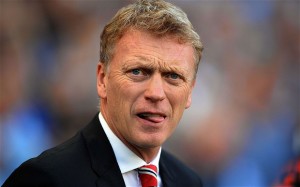 Manchester United Football club has announced the sacking of its Manager, David Moyes and was quickly replaced with Ryan Giggs, the club’s most decorated player.
In an online announcement today, Manchester United said: “the club would like to place on record its thanks for the hard work, honesty and integrity he brought to the role.”
News of Moyes’s exit comes a day after widespread reports in the British media that he was facing the sack, just 10 months after succeeding Alex Ferguson as manager of the world-famous club.
The 50-year-old Scot endured a torrid debut campaign at Old Trafford, with United falling to seventh place in the Premier League and being eliminated from both domestic cup competitions and the Champions League.
Moyes’s last game in charge was a 2-0 loss at his former club Everton, which confirmed that United would not compete in the Champions League next season for the first time since 1995.
The defeat, United’s 11th of the league campaign, left the defending champions 13 points below the Champions League places and 23 points behind leaders Liverpool.
British newspaper reports today said that Moyes had been informed of his fate during an early-morning meeting with chief executive Ed Woodward at the club’s Carrington training ground.
Meanwhile, a veteran midfielder, Ryan Giggs has been appointed interim manager of club.
Man U announced later today that following the departure of David Moyes as manager, Ryan Giggs, the club’s most decorated player, will assume responsibility for the first team until a permanent appointment can be made.
In a statement on the United website, it added: “the club will make no further comment on this process until it is concluded.”
Giggs, 40, made his United debut in March 1991 and has made a record 962 appearances for the club, winning 13 Premier League titles, two Champions Leagues, four FA Cups, four League Cups and one FIFA Club World Cup.
He has no previous managerial experience, but has combined his role as a player with a position on United’s coaching staff since the start of the current campaign.
The Welshman, Britain’s most decorated player, was informed of the news after arriving at United’s Carrington training ground on Tuesday morning.
His first game at the helm will be a home fixture against Norwich City in the Premier League on Saturday, which will be followed by matches against Sunderland, Hull City and Southampton.
Louis van Gaal, the current Netherlands coach, has been installed as the favourite to succeed Moyes on a permanent basis by British bookmakers.
However, Jurgen Klopp of Borussia Dortmund, another rumoured contender, has already ruled himself out of the running.
Klopp told British newspaper The Guardian: “Man United is a great club and I feel very familiar with their wonderful fans. But my commitment to Borussia Dortmund and the people is not breakable.”