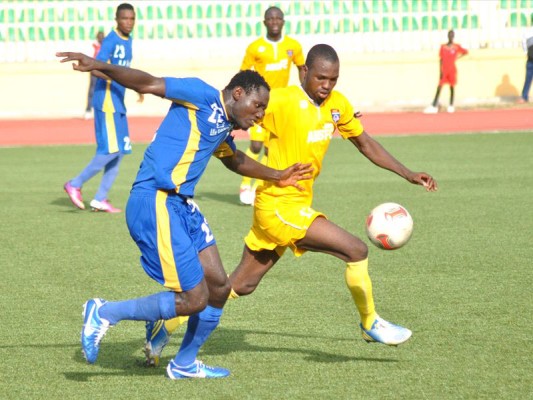 Heartland defeated Nasarawa United 5-2 in a Week 3 game of the Nigeria Premier League on Sunday to remain unbeaten this season. Heartland now have six points from two games.

Ebere Odiche opened the scoring for ‘The Naze Millionaires’ in the 22nd minute when he curled in a free kick from 20 yards to take his tally to two this season.

Fred Okwara doubled the lead for the hosts with a 39th minute strike.

But Nasarawa forward Manir Ubale reduced the deficit when he struck in the 45th minute to take the game to 2-1.

Bright Ejike extended his team’s lead when he converted a penalty in the 49th minute after Mustapha Musa handled the ball in the vital area.

The goals continued to pour as Mustapha Musa redeemed himself to score a header by connecting Bature Yaro’s free kick in the 60th minute to take the game to 3-2.

Bright Ejike completed his brace in the 74th minute to extend ‘The Naze Millionaires’ lead again.

Substitute Joseph Iniobong sealed the victory for the hosts with a fifth goal in the 90th minute. [myad]