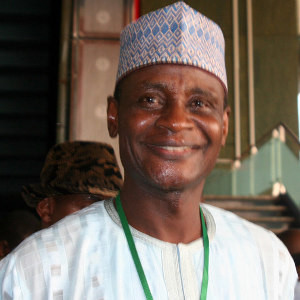 Nigeria has budgeted about $12 million for the World Cup, with each player guaranteed at least $100,000 if they win the competition even as it draws up what it called code of conduct on the players in a bid to halt the tantrums that saw them crash out of the last two finals in the first round.
According to sources in the Nigeria Football Federation (NFF), the code of conduct will stem Wrangling over win bonuses and team selection which tainted recent campaigns..
The NFF drew up the code of conduct to forestall any major row such as last year, when a pay dispute almost saw Nigeria miss the Confederations Cup.
The authorities have also given assurance that they are fully behind coach Stephen Keshi, despite the frequency with which the coach who guided Nigeria through World Cup qualifying is sacked.
The Brazil tournament in Brazil will be the second time the Super Eagles go into the World Cup as African champions.
The last time was in 1994, when they reached the knock-out round and won admirers for their attacking football.
The only other time they went past the first round was in France in 1998. In 2002 in Japan and South Korea, and in South Africa four years ago, they were eliminated in the group phase.
In Brazil, Keshi’s side have been drawn against Argentina, Iran and Bosnia in Group F.
Nigeria had lost all three of their previous clashes with Argentina but have yet to meet Iran or Bosnia at full international level.
Goalkeeper Vincent Enyeama, who plays for French side Lille, warned that there are “no easy games” at the World Cup finals, adding: “All these teams are serious about getting results.
“But we will see how it goes with the Super Eagles. We will do our best to progress from the group.”
Keshi, who steered the side to their African Cup of Nations triumph in South Africa last year, is keeping secret his own World Cup target.
“My employers, the NFF didn’t set any targets for me to reach at Brazil 2014 but I have set a target for myself which is not meant for public consumption,” he said.
Keshi, who has faced repeated rumours that he will be replaced, is in charge of a much more settled and confident Nigeria team than the one he took over in November 2011.
They will hope to use the experience of playing in Brazil at last year’s Confederations Cup, where they lost to world and European champions Spain, as well as Uruguay.
Joseph Yobo was recalled, as his experience will be vital in a defence that is widely regarded as the team’s weakest link.
The 33-year-old central defender has not played since the African Nations triumph. But he has been a key player for English Premier League side Norwich City and he looks on track to secure a record century of international caps in Brazil.
But a major concern is that key stars like Chelsea midfielder John Mikel Obi and Victor Moses, who is on loan to Liverpool, have struggled at club level.
“It’s unfortunate that Mikel, (Monaco defender) Elderson and Moses are not playing regularly for their clubs. But they are not kids who I need to teach how to play football,” said Keshi.
“I would have loved them to be playing regularly for their clubs but I can’t control that. I watched Mikel against Arsenal when he came in, he was sharp and played well.
“It’s difficult but they play good for the team when they are here which is more important for our team. We need them in the team and we all know their ability.”
Nigeria plan a warm-up against Scotland in London on May 28 as well as matches against Greece and the United States.
They will set up a training camp in Houston, Texas, at the end of May, and go to Brazil by the second week of June.