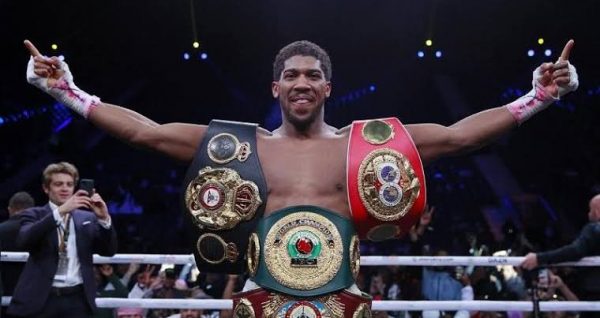 Nigerian-Britain born heavyweight boxing champion,  Anthony Joshua is close to agreeing a deal to face Bulgarian Pulev in his first outing since he clinched the title to defend it. Pulev is the IBF mandatory challenger.
News filtering in indicated that Joshua has requested a London venue for the defence of his three titles: WBA, IBF and WBO.
Joshua was quoted as saying:“I want to come home. I want to box in London next. I’ve been to Madison Square Garden, I’ve been to Saudi Arabia, bring me home. Forget the other offers, bring me home.”
It was learnt that the champion insisted that he would like to fight in London in June.
“We’re on the verge of making that happen now. Spurs is the front runner and that’s what he’s asked me to do. We’ll be delivering that for him.”