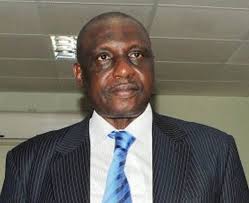 “In the spirit of fair-play, leading to the elections, all persons banned for various length of time, are hereby unbanned. These persons are: Chief Taiwo Ogunjobi, Mr. Adedapo Lam-Adesina, Mr. Chikelue Iloanusi and Mr. Harrison Jalla. Committee noted that the ban on Mr. Ahmed Shuaib Gara-Gombe had long been lifted,” the communiqué read.

“In view of the prevailing circumstances in Nigeria football, there is the absolute need to present a new roadmap leading to elections into the NFF Executive Committee, for consideration and approval by the General Assembly, being the supreme body of Nigeria football, at the Congress slated for Tuesday, 26th August, 2014 in Warri, Delta State.”

Mr. Ogunjobi was suspended in 2013 accused of malpratices related to the transfer of players.

The communiqué noted that in line with a FIFA letter dated, Thursday, August 14, 2014, all members of both the Electoral Committee and Electoral Appeals Committee earlier removed would be re-admitted at the Congress to continue with their electoral duties.

“Executive Committee agreed that having only come into office in January 2012, the Boards of the Nigeria National League, Nigeria Women’s League and the Nigeria Nationwide League have two more years to go before their elections, and this will be presented to the Congress of 26th August, 2014 for approval,” it read.

According to the communiqué, the Executive Committee congratulated the U-20 Women National Team, the Falconets for their qualification for the FIFA U-20 Women’s World Cup semi-finals and the U-20 men’s team, the Flying Eagles, for reaching the 2015 African Youth Championship finals.

“Committee mandated the Secretariat to ensure adequate arrangements are made for the Super Eagles to fly high in their 2015 Africa Cup of Nations qualifying matches at home to Congo Brazzaville and away to South Africa in September 2014.”

In attendance at the meeting were the NFF president, Aminu Maigari, Mrs Dilichukwu Onyedinma, Ahmad Kawu, Olaleye Adepoju as well as two suspended members of the board, Chris Green and Yusuf Ahmed ‘Fresh.” [myad]