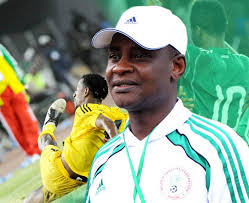 Allegation of sabotage is now flying around as the Nigeria Football Federation (NFF) House, situated at Wuse Zone 7, behind the Federal Road Safety Corps Headquarters (FRSC), Abuja was gutted by strange fire today.

The NFF Secretariat, which is popularly called Glass House was touched amidst the protracted crises that have rocked the football body, leading to the suspension of the President, Aminu Maigari and his executive team. He was returned to office via the directive of the world football ruling body, FIFA, which was enforced by the Nigeria’s sports minister.

The surprised officials of the troubled football body are yet to identify the culprit, even as fingers are pointing at different interest groups that have been involved in the long drawn crises. [myad]