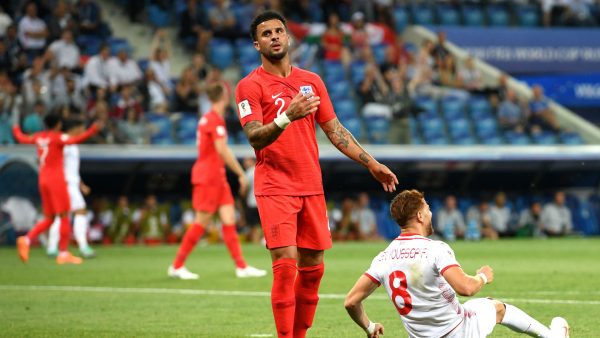 England, today, Monday, defeated another African team, Tunisia, by two goals to one, in their opening Group G match, played at the Volgograd Arena, Volgograd, Russia in the ongoing 2018 World Cup tournament.

Ferjani Sassi equalized for Tunisia from the spot in the 35th minute, despite Jordan Pickford guessing the right way in a failed attempt to protect the Three Lion’s lone-goal lead.

The game appeared to be poised for a 1-1 draw until Kane again popped up in added time to nod home from close range and break Tunisian hearts.

Like Egypt, Morocco and Nigeria, Tunisia must now avoid defeat in their next game, against Belgium on Saturday, to avoid being one of the first sides to be knocked out of the group.

Africa’s hopes of a first-match win now rest solely on Senegal, who face Poland at the Spartak Stadium Moscow on Thursday.