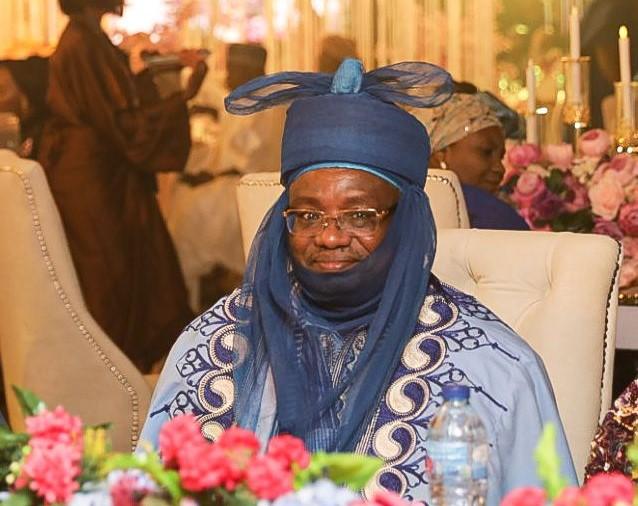 The State Chief of Protocol (SCOP), who can be described as President Muhammadu Buhari’s compass, Ambassador Lawal Kazaure has being conferred with the traditional title of Dan Masanin Kazaure, by the Emir of Kazaure, Alhaji Hussaini Adamu.

Hafsah, the only daughter of Ambassador Kazaure also got married to Ibrahim Tijjani Ibrahim.

In a personal letter, which was delivered by his Chief of Staff, Professor Ibrahim Gambari at a reception in honour of the couple and the newly turbaned Dan Masanin Kazaure, the President expressed delight that one of his principal aides has been deemed worthy to be honoured by the Emir of Kazaure.

”I also wish to take this opportunity to thank you immensely for your services as my State Chief of Protocol over the past seven and half years. A job discharged with exemplary commitment and efficiency.

”Accept, my best wishes, and that of my family as you serve your community in this new role. Be assured of our prayers and support.”

The President wished the newly married couple a happy life, describing marriage as a demonstration of love which goes beyond physical attraction.

He advised the couple to garnish their union with understanding, mutual respect and friendship, praying for God’s continued blessing on their home.

The reception which was attended by cabinet ministers, Heads of Government agencies, members of the Diplomatic Corps,  Captains of industry, family and friends of the Kazaures and Ibrahim Gamawas featured an outpouring of goodwill messages to SCOP and the newly wedded couple.

The Senior Special Assistant to the President, Media and Publicity, Malam Garba Shehu said at the reception that from a historical perspective, the Dan Masanin is not a common title in the courts of Emirs and Chiefs.

”Rather, it is one that is usually reserved for members of the royalty and those who make staggering contributions to community and national well-being, and there is a willingness on their part to do even more.”

Garba Shehu recalled that Maitama Sule of blessed memory was worthy of that title and commended Lawal Kazaure, who alongside Femi Adesina and himself were the first three appointees of President Buhari after the first inauguration in 2015, for receiving three important awards in the last few months, including the Nigerien highest civilian national awards and the Order of the Federal Republic (OFR).

Also speaking, Ambassador Appolinus Demenongu Agev, descried his colleague of over 35 years as ”a detribalized Nigerian, a dependable ally, resolutely dedicated to the service of our fatherland.

”We are excited and proud of the traditional conferment on ‘Ambassador Kaz’, having also celebrated the National Honours Award conferred on him by the President. We look forward to celebrating more awards.”

He also thanked Mrs. Saudatu Lawal Kazaure and children for the support from the home front and important contributions to Ambassador Kazaure’s successes in diplomatic, public and community services. 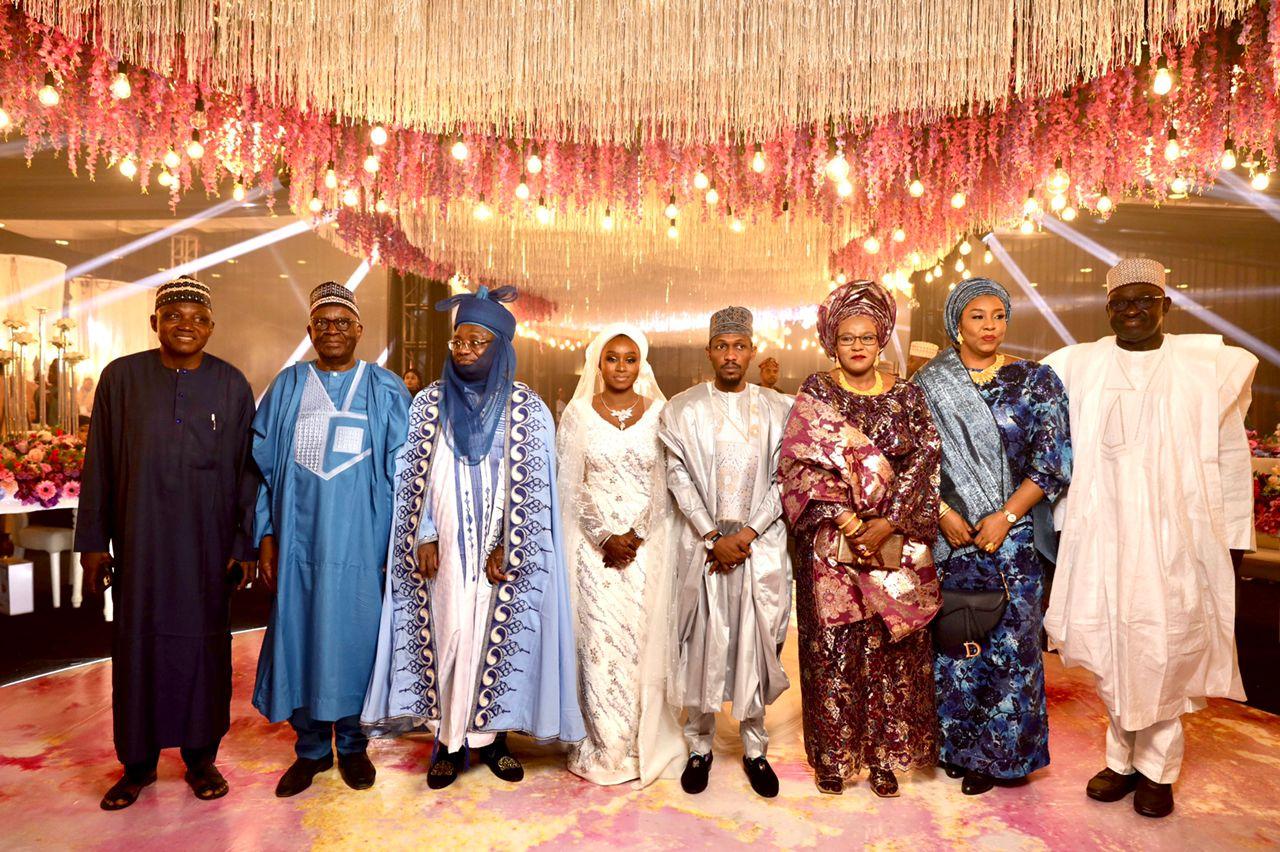 L-R: Garba Shehu, Senior Special Assistant to the President Media & Publicity; Prof Ibrahim Gambari, Chief of Staff to the President; Ambassador Lawal Abdullahi Kazaure, State Chief of Protocol and Dan Masanin Kazaure; Hafsah and Ibrahim Tijjani Ibrahim; Hajiya Saudatu Lawal Kazaure; Mrs Maryam Abba and Sarki Abba, the Senior Special Assistant Domestic Affairs to the President at the reception in honour of the newly turbaned Dan Masanin Kazaure and the wedding of the only daughter of SCOP, Hafash, to Ibrahim Tijjani Ibrahim, at the weekend in Abuja.