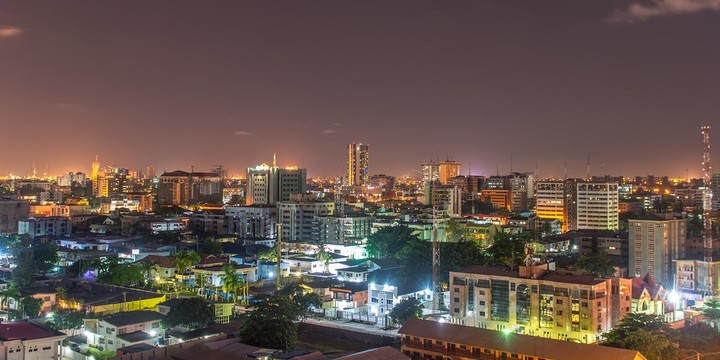 The New World Wealth and AfrAsia Bank has rated Nigeria as the wealthiest in West Africa, estimating that the total wealth held in the country as at December 2017 amounted to US$253 billion.
In a report, the bank said that Nigeria came third among the wealthiest in Africa after South Africa and Egypt, saying that major sectors in the country include: basic materials, real estate & construction, telecoms, transport and financial services.
The report covers wealth, luxury, prime property and wealth management trends in Africa from 2007 to 2017, with projections to 2027. The report also said Nigeria performed poorly in wealth growth in 2017.
The report says larger countries obviously have an advantage due to their higher populations.
Nigeria’s poor performance in 2017 is attributable to:
Loss of local currency value vs US dollar.
Drop in local real estate prices in US dollar terms.
Outgoing migration of HNWIs (High Net Worth Individual)  (The report estimate that around 900 HNWIs left Nigeria in 2017). Most went to the UK, the US, France, Switzerland, the UAE and South Africa.
Safety concerns in the country, which have deterred investment and discouraged wealthy people from staying in the country. In particular, woman safety is an issue in the North of the country.
Note: “Total wealth” refers to the private wealth held by all the individuals living in each country. It includesall their assets (property, cash, equities, business interests) less any liabilities. The report exclude government funds from the figures.
According to the report:
Wealth growth trends
Total wealth held in Africa has risen by 13% over the past 10 years (2007 to 2017) and by 3% over the past year (2017). Mauritius was the top performing individual market during both of these periods.
Ethiopia also performed well, although it should be noted that it started from a very low base, which makes growth easier – average wealth in Ethiopia is currently at around US$700 per person which is still quite low despite recent growth, the report revealed.
10 year growth forecasts (2017 to 2027):
Total private wealth held in Africa is expected to rise by 34% over the next 10 years, reaching US$3.1 trillion by the end of 2027.
We expect Mauritius, Ghana, Rwanda and Uganda to be the strongest performing wealth markets in Africa during this period (90% to 150% growth rates).
Our projections for Ethiopia, Mozambique, Zambia, Kenya, Botswana and Namibia are also relatively solid (50% to 80% growth rates).
Our projections for South Africa, Angola, Morocco, Egypt, Ivory Coast, Tanzania and Nigeria are less favorable, but still positive (10% to 30% growth rates).
  Total individual wealth held on the continent amounts to US$2.3 trillion. Around US$920 billion (40%) of this is held by HNWIs.
  The average African individual has net assets of approximately US$2,000 (wealth per capita).
  There are approximately 148,000 HNWIs living in Africa, each with net assets of US$1 million or more.
  There are approximately 7,100 multi-millionaires living in Africa, each with net assets of US$10 million or more.
  There are approximately 320 centi-millionaires living in Africa, each with net assets of US$100 million or more.
  There are 24 billionaires living in Africa, each with net assets of US$1 billion or more.
New World Wealth – Author
New World Wealth is a global market research group, based in Johannesburg, South Africa. The group specialize in ratings, surveys, country reports and wealth statistics.