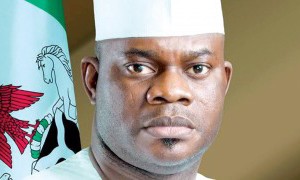 The Kogi State Police Command has confirmed that two people lost their lives in a communal clash in Ikende community in Bassa Local Government Area of Kogi State between the Ebira and Bassa Kwomu speaking people of the community.

During the clash, which occurred on November 26 and 28, various dangerous weapons, including guns were freely used, even as the village has been deserted. No information as to the cause of the conflict as at today, Tuesday.
The state Police Public Relations Officer, William Aya, told newsmen in Lokoja that corpses of the two victims have been recovered by policemen deployed to the area, and that four other persons were seriously wounded in the clashes.
According to him, 15 houses, five vehicles and 15 motorcycles were burnt by the warring groups.
Aya said that the situation has been brought under control, and that no arrest has yet been made.
The PPRO said that Ikende town has been deserted by residents who are now hiding in the bush.
He said that anti-riot policemen will remain on ground until the safety of live and property can be guaranteed, adding that investigation into the immediate and remote cause of the clashes has commenced. [myad]