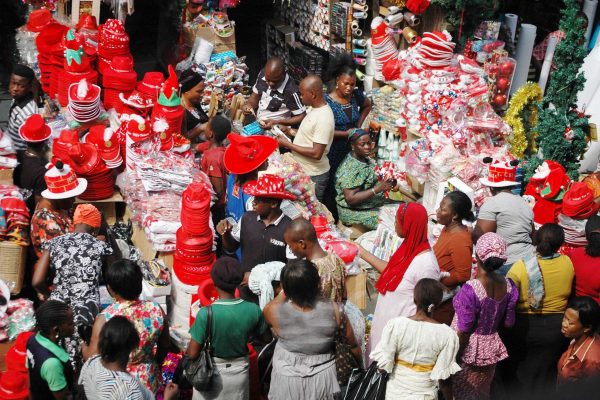 A coalition of Abuja women under the aegis of FCT Women of Honour, have commended the Nigerians Army over the peaceful atmosphere that pervaded the Christmas celebration across the nation.

The President of the FCT Women of Honour, Princess Juliana Okolo, who spoke to news men in Abuja, expressed ‘pleasant surprise’ how the Nigerian Army were able to restored calmness in such a short time, with the dreads of old now forgotten, adding that this is no mean feat and deserves to be applauded.

The group hailed President Buhari, the COAS and his soldiers for restoring peace to the nation’s capital and across Nigeria.

“While in the eyes of the ordinary, it seems an ordinary feat, it is indeed a huge feat when compared to previous years where there was hardly any Christmas period that bombs would not detonate in churches or other recreational spots within the federal capital territory and its environs,” she stated.

“It is therefore instructive to note that for three consecutive years, (2016,2017 and 2018) residents of Abuja celebrated the Christmas in absolute peace and harmony. We are of the opinion that this was made possible by the total commitment of the Nigeria Army under the distinguished leadership of Lt. Gen. Tukur Buratai, the Chief of Army Staff.

“The FCT Women of Honour  Group sees and recognizes the sacrifices of the Nigerian  Army in keeping the country safe and secured with it various military operations going on simultaneously around the country.  From the east to the west, to the south and the north, the commitment of the Nigerian  Army has remained unflinching even though it has been stretched thin by these activities.

“The FCT Women of Honour  also wishes to appreciate President Muhammadu Buhari for his unalloyed commitment in the fight against Boko Haram since he assumed leadership of this great country in 2015.

“The visible inroads experienced in the critical security sector is indeed a demonstration of the political will to ensure that Nigeria is back on the path of glory again.

“As African mothers, we indeed must continually remember our sons in our daily prayers that are striving day and night for our sake so that we may be free from evil forces that are hell-bent on destabilizing our great country.

“We are using this medium to extend our appreciation to the Chief of Army Staff, Lt. Gen Tukur Buratai for his commitment in seeing to an end of the Boko Haram insurgency in North East Nigeria, as well as other parts of the country experiencing various security challenges in one way of the other.

“This group  is therefore of the opinion that if not for the gift of President Muhammadu Buhari, Nigeria would have indeed collapsed before our eyes due to threat of militant and violent armed groups that threatened the very essence of our foundation.

“We also appreciate the Chief of Army Staff, Lt. Gen. Tukur Buratai for leading the onslaught against the Boko Haram Terrorists and the subsequent achievements it has recorded in the past three years.

“We also wish to appreciate the troops that have continually sacrificed for the country. They are the real heroes of Nigeria, and their sacrifices would never go in vain.

“We also wish to charge them to more victory and also to disregard the very few that would not appreciate their efforts so far in the fight against Terrorism and other militant and armed groups in Nigeria.”

A good example was the Christmas Day bombing in Madalla, a suburb of Abuja in 2011 which claimed over 40 lives and left 60 others injured.

As a result, inhabitants were forced to mark the festivity at home, staying away from religious and public centres.