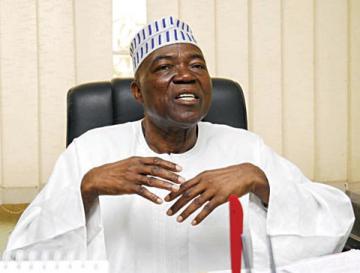 A Northern organization, Arewa Consultative Forum has implicated security agents of aiding and abbeting the deadly Boko Haram in the North East where it’s adherents are  tormenting the residents, even as it asks the federal government to investigate the activities of such security agents.
The Forum insisted that the activities of the insurgents are being boosted by cooperation and support from within the military and those in security circles insisting that government should carry out an in-house search of its security apparatus and put in place measures that will boost the morale of the troops deployed to fight the insurgents and instill confidence in the people.
In a communiqué at the end of its National Executive Council meeting today, signed by the Secretary General, Colonel John Paul Ubah, ACF asked the military to constantly update Nigerians on efforts to rescue the abducted female students of Government Girls Secondary schools, Chibok to reduce fear and concern of parents.
The communiqué reads in part:
“The forum expressed serious concern over the spate of killings of innocent people and wanton destruction of property by unknown gunmen and Boko Haram insurgents in most parts of the northern region. The forum therefore resolved to issue the following statement.
“The forum deliberated extensively on the current National security challenges and in particular, the abduction of over 200 female students of Government Girls Secondary School, Chibok, Borno state and other issues of National interest.
“Government should make concerted efforts to secure the release of the abducted female students of Government Girls Secondary School, Chibok, Borno state that were abducted by persons suspected to be Boko Haram insurgents since the 14th April, 2014.
“The military authorities should as a matter of urgent duty keep the nation abreast of efforts being made to rescue the kidnapped students in order to reduce the fears and concern of parents, relations and the entire citizenry.
“The security agencies should also open themselves to the intelligence being provided by the community on the alleged movement of the abducted students across our borders and seek support and cooperation of our neigbours to track down the abductors and their victims.
“It is strongly believed that without the support and cooperation from within the military and security circles, the insurgents would not have been succeeding so easily in their dastardly acts.
“ACF notes the concern of all Nigerians on this unfortunate incident of the abduction of Chibok female students and commends the various women organization that troop out in Maiduguri, Abuja and Kaduna and other places to express their anger and displeasure over the abduction of school girls.
“The ACF urges the Federal Government to do an in-house search of its security apparatus and put in place measure that will boost the morale of the troops and inspire confidence of the people in the government.”