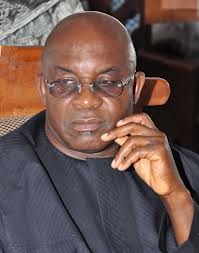 Nigerian Senate has stepped down debate on the request by President Goodluck Jonathan for the extension of emergency rule in the three Boko Haram troubled states of Borno, Yobe and Adamawa even as it invited the country’s security chiefs, including the Inspector General of Police (IGP) to brief iton the security situation in the affected states.

The security chief are expected to appear before the Red chamber tomorrow, Thursday before debates on the request by President Jonathan would commence.

Also to appear before the senate are the National Security Adviser, Minister of Defence and the Minister of Police Affair.

President Jonathan had on Tuesday, sought the approval of the Senate to extend the state of emergency imposed on the three states of North East, alleging that the security situation in the states had not improved.

Senate Leader, Senator Victor Ndoma-Egba who was to move the motion for the extension of the emergency rule, differed debateand advised members to allow the item be stepped down in the order paper till another legislative session.