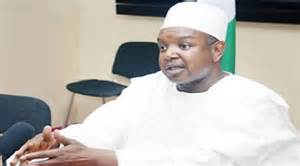 Kebbi State Governor and chairman of the progressive governors’ Forum, Alhaji Atiku Bagudu has said that despite the fact that President Muhammadu Buhari is the leader of the All Progressives Congress (APC), he doesn’t want to be giving directive on how its affairs should be run.

Governor Bagudu, who spoke to newsmen today, June 22, after a private meeting by the progressive governors with President Buhari at the presidential villa, Abuja said that the President gave the party’s gladiators enough encouragement to address the challenges facing the party presently.

“I believe that whatever needs to be done, including the possibility of calling any of the organs of the party that is necessary for the resolution of lingering issues will be done immediately.

“Let me again say that the party is never a perfect assembly. There will always be issues and that is why we talk, but yes certainly, organs of the party need to meet and Mr. President, without directing, is always supporting the necessity of party organs meeting appropriately.”

Governor Bagudu said that he, the Plateau State governor,  Simon Lalong and the governor of Jigawa State, Alhaji Mohammed Badaru Abubakar were in villa to discuss party issues with the President.

He said that the position of the Progressive Governors is to support all steps to unify and bring about peaceful resolution in the party.

“Mr. President listened attentively and discussed with us as a father, as a party leader and he gave us all the assurance we needed to know that resolution of contentious issues will soon be arrived at.”