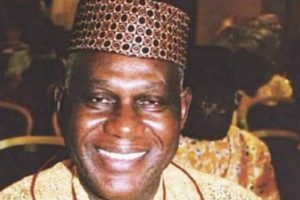 Former military administrator in both Kano and Benue States at different times, retired Brigadier General Dominic Obukadata Oneya is dead. He was aged 73.

His death was announced today, August 5, by the current NFF President, Amaju Pinnick.

Oneya, a native of Agbarho Kingdom in Ughelli, died today morning in his home at Effurun GRA in Uvwie Local Government Area of Delta State. He was born on May 26, 1948.

The deceased served in various capacities in CAF committees and recently headed the ministerial committee on reforms in Nigerian football.