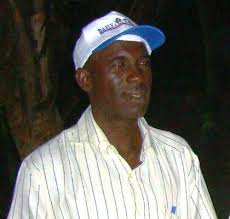 Death is a thief at all times. Concluded! But, how would you describe a thief in the night: not armed robbers, but, if you like, the conventional thief, the traditional thief?
As a thief, he keeps vigil on you, calculates your movement and gesticulation, and just as you switch your attention, inadvertently to something else, away from what you were concentrating on before, he strikes.
You look around and find that your possession has been taken away.
Death as an invisible thief and like a thief, does the same thing.
However, death is so daring that it snatches its victim with some form of ruthlessness, whether or not such victim or his guardian is alert, vigil or all that stuff.
Death strikes whether you are surrounded with the most powerful army in the world, or whether such powerful army clutch in their hands, the most lethal weapons in the world.
As a matter of fact, death strikes its victim any where, any time, any how without any excuse or regret. The victim is not given the luxury of choosing where, when and how he would want to die.
If only death has a way of notifying its victim: if only there are signs of its visit at any giving time, perhaps, human being, one of the God’s creation, may have lived their lives differently.
I had the opportunity of discussing with a colleague, tony Ailemen, when we drove home in his car yesterday (Thursday) as death struck Sulaiman Ibn Muhammed ruthlessly, and our conclusion was that many people easily forget the ultimate thing; the beating heart, in their lives.
Because of forgetfulness of the people, about the frailty of this organ that makes the difference between living and dying, such people would swell up and beat their chests with vainglorious pride whenever they feel their egos are being tampered with.
Most of such people would boast about the power they possess: political power,  military power, official power, native power, wealth and so on.
Those are they who would always want people to know that they are special kind of creation, from the point of view of such power.
That is the kind of attitude, I told Ailemen, Sulaiman Ibn Muhammed detested and ran away from up to yesterday when the death came from God knew where, to steal him in an unusual place, at an unusual time and just when he was bubbling with life.
As a matter of fact, Sulaiman, as I knew him, was always imbued with the Islamic tenet which teaches Muslims to live their lives as if they would never die and at the same time, that they should live as if they would die the very next moment.
Sulaiman Muhammed, from the way he conducted his life, appeared to always prepare for his death at any time, just as he continued to plan to live eternally.
And when the ultimate end came yesterday morning, he bowed out gracefully.
He had, on that day, woken up hale and hearty, observed his early morning prayer as usual and as usual, prepared for the day’s work: the work that he had been doing for many years, from when he and I were in Democrat newspaper, Kaduna.
He had climbed the ladder in the world of journalism, from being a street-pounding reporter to being the Managing Editor in Daily Trust, no doubt, one of the leading newspapers in the country.
On that day, he arrived office as early as 8.30am all the way from Keffi, about 55 kilometre distance town in Nasarawa state to his office at Utako in Abuja, the Federal Capital Territory (FCT).
For about a decade, he had gotten used to that daily chore of driving all the way from Keffi, crossing the madness called Mararaba-Nyanya road with its near impenetrable vehicular traffic.
His arrival in office in the early part of the day can be seen as unusual from the point of view of the fact that newsmen, especially editors, don’t arrive offices earlier than noon due to the nature of the job.
A few minutes after his arrival, he decided to go to his bank, First Bank Nigeria Plc at Area 3 to make some transactions before the “busy period” of the day in office began.
On getting to the bank, he stepped out of his car, in which he drove himself. But, before he could walk to the gate of the bank, he slumped.
In what looked like a make-belief home movie show, sympathizers gathered around and packed him into a waiting vehicle, heading for a nearby hospital.
Of course, under the circumstance, of confused state of affair, taking him to a hospital was the best option, but it was obvious that it was his corpse that was taken to the hospital. All the same, the medical officers on duty confirmed that which an average human being fears most: he was dead!
Sulaiman Ibn Muhammed dead!
The manner in which he died, and circumstance of his death and the place in which he died should combine to provide us, the living, a mouthful of food for thought.
And for Sulaiman Muhammed, his humility, his simplicity, his devotion to duty and commitment to the service of Allah, his love of humanity, his faith in the Aaa-limurghaib and his transparency in dealing harmoniously with all the creations of Allah would lead him straight to the beautiful garden of Allah, the Aljanatu Fridausi, to suffer no more.
That is the promise of Allah, to someone of Sulaiman Ibn Muhammed’s all-encompassing Godly mien. He, Allah, never fails!