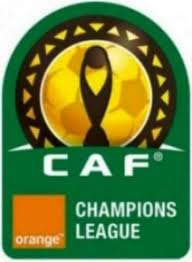 Bayelsa United, the only club now representing Nigeria at the continental stage, would take on Sewe Sport of Cote d’Ivoire in the play-off of the Orange CAF Confederation Cup.

This was decided yesterday at the draws conducted by CAF General Secretary, Hicham El-Amrani and assisted by Hazem El-Hawary, a member of CAF’s Interclubs Committee at the CAF headquarters, Cairo, the News Agency of Nigeria reports.

According to the draws, Bayelsa United will trade tackles with Sewe Sport in a West African derby in the first leg match scheduled to hold between the weekend of April 18, 19 and 20.

The second leg of the encounter will be between the weekend of April 25, 26 and 27.

In the other pairings, eight-time African champions, Ahly of Egypt were drawn against Difaa Hassani Jadida of Morocco in an all-North African encounter.

Debutants Medeama of Ghana will face 2012 winners AC Leopards of Congo, while AS Real will square against city rivals Djoliba.

Cameroon champions, Coton Sport will face Petro Atletico of Angola, while Etoile du Sahel of Tunisia will contend with Horoya of Guinea. Nkana of Zambia will face Club Athletique Bizertin of Tunisia, while Kaizer Chiefs of South Africa are up against Ivorian giants, ASEC Mimosas.

Bayelsa United booked the play-off spot after beating How Mine of Zimbabwe 3-2 on aggregate.