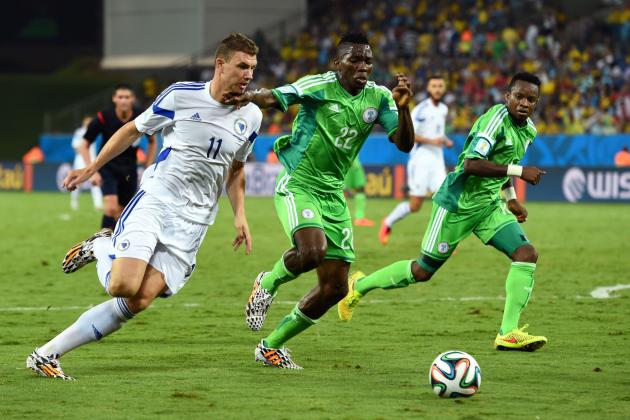 The battle for the next round of the ongoing World Cup tournament in Brazil between Nigeria and Argentina was fought this evening with Ahmed Musa of the Super Eagles and Lionel Messi of Argentina at each other’s throat, even as Argentina managed a 3-2 win.

The match began with Messi scoring the first goal just within three minutes into the first half, but Musa quickly replied a minute later to net-in the equalizer.

Messi closed the first half, at exactly 45 minutes with a second goal while Musa returned in the second half, at 47th minute to level up. But the Argentina’s third and winning goal came in the 50th minute of play by M. Rojo.

Here is a minute by minute account of the match: